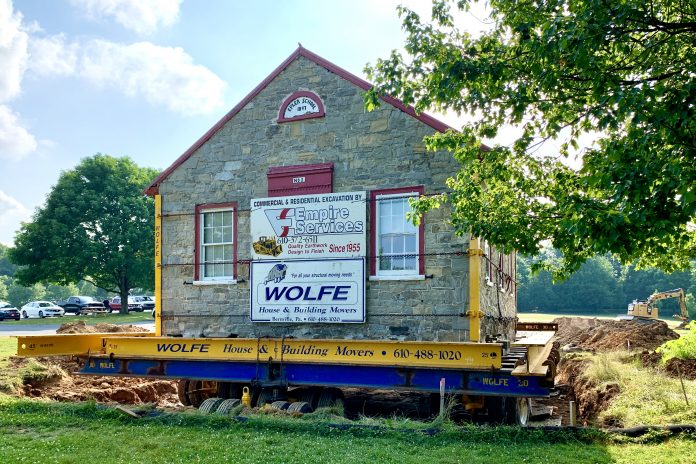 After months of uncertainty, funding difficulties, and a close call with the wrecking ball, the historic Epler School building, moved from the location where it stood for over 170 years, to its new home at the Berks County Historical Center.

The one-room stone schoolhouse, located at the intersection of Van Reed Road and Leisczs Bridge Road, was built in 1847 and operated as a school for almost 85 years until it was converted to a private residence in 1931. Last fall, the building was scheduled to be torn down to make way for the construction of a large industrial park.

When local residents stepped forward asking to preserve the schoolhouse, Greater Berks Development Fund, the building’s owner, agreed to halt the demolition and to cover half of the estimated $211,000 relocation expenses.

Raising the remaining $100,000 proved to be a challenge—in early May, after losing county funding due to the COVID crisis, the school building came within days of demolition. Friends of Epler School, the grassroots group behind the drive to save the school, turned to businesses and individuals to raise the necessary balance.

At the last minute, the schoolhouse was saved by the generosity of the community and by a substantial contribution by an anonymous donor, given as a tribute to his wife, a teacher.

Over the past few weeks, Wolfe House & Building Movers from Bernville, excavated around the school and installed a platform of steel beams under the building. Remote-controlled and computer-steered dollies installed under the platform carried the 145-ton building along the 1½ mile route to its new location.

Moving at 5 miles an hour, the schoolhouse took 6 hours to make the journey to the Heritage Center.

Friends of Epler School plan to use the schoolhouse as one of the Historical Center’s resources to educate visitors on 19th-century life in Berks County. 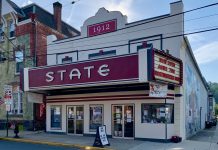