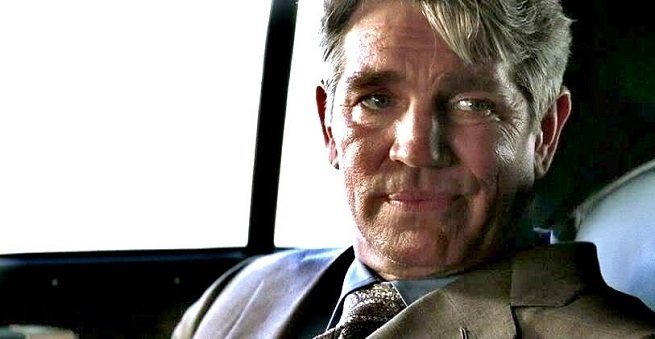 Golden Globe and Academy Award nominee, Eric Roberts, will be coming to Southeast Pennsylvania as an executive producer and cast member of the locally produced film, Dust Nuggets.

A Schott Productions film, Dust Nuggets is the first feature production by filmmakers Sue Lange and Andrew Pochan. “We’re thrilled with this latest addition to our cast. He’s a great actor,” says Lange. “A longtime favorite of mine.”

Roberts is best known for his roles in such films as Dark Night, Inherent Vice, and Pope of Greenwich Village, and the television series Less Than Perfect, Suits, and Heroes. He was nominated for Golden Globes for the films King of the Gypsies and Bob Fosse’s Star 80. He was nominated for an Academy Award for Runaway Train.

Principal photography for Dust Nuggets begins in March and finishes in June when Roberts will be on hand for scenes to be shot at BCTV.

The script for Dust Nuggets was developed over a couple of years, starting first as a webseries about a band called Dust Nuggets. A pilot was shot, but soon Lange and Pochan realized they had a complicated story that needed a feature length film to tell it. Upon receiving a grant from the Berks County Community Foundation’s Rural Arts Grant Program, they began pre-production in earnest.

“The grant got us started, but we moved quickly into fundraising mode to find money to complete the shoot.” Pochan says. “We continue to seek funds for post production and marketing which will help us get distribution for the film.”

The film will be shot at over ten locations across the county and feature approximately 100 locals as principal actors and extras. Following in the tradition of their Traffic Opera short film, the project will take Berks County to the wider world.

Like Traffic Opera, music is integral to the story and will be composed by Chris Heslop. In addition, members of Pochan’s former band, Corey Gabree and Kevin Daboin, have created the Dust Nugget band’s theme song and will also be featured as extras.

Rounding out the team are Tracy Schott as co-executive producer and director of photography Kevin Hackenberg. Preliminary screening of the film will take place in the fall at the Hamburg Strand.