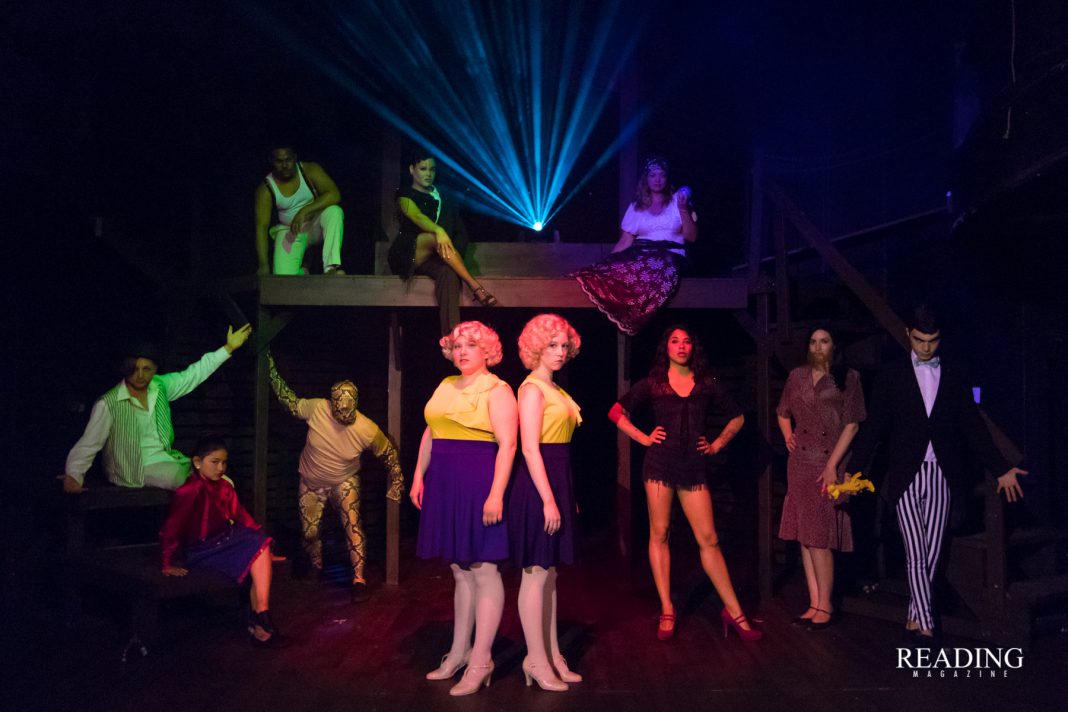 Genesius Theatre brings an innovative new work when it presents the heartwarming Henry Krieger and Bill Russell musical Side Show. Behind its gorgeous music and carefully crafted lyrics is a story about two bright and beautiful young women who were joined together at the hip – literally.

This inspirational tale is a true story of conjoined twins Daisy and Violet Hilton who became stars during the Depression. The musical touches on the universal need for acceptance and the strength of the human spirit and is a moving portrait of two women whose extraordinary bondage brings them fame but denies them love. Told almost entirely in song, the show follows their progression from England to America, around the vaudeville circuit and to Hollywood on the eve of their appearance in the 1932 movie “Freaks”. Side Show has been the Nominee – 2015 – Drama Desk Award, Best Revival of a Musical and Nominee – 2015 Outer Critics Circle Award, Best Revival of a Musical.

The recent Broadway Revival has a completely reworked plot and new songs like “Very Well Connected”, “All in the Mind”, and “The Great Wedding Show”. Side Show delves deeper into the backstory of the Hilton twins. With the implementation of the twins’ relationship with Harry Houdini and of a proposed separation surgery, the new book fleshes out characters and situations that endow the songs with more sophistication and truth.

No matter how beautifully and skillfully it’s presented, there is sometimes an instinctive fear about people born with a difference. And unfortunately, conjoined twins have been called a lot of nasty names over the years: “nature’s mistakes,” “monsters,” and “freaks.” Yet Side Show is able to transcend this injustice to show the humanity and bravery of two talented women. The Hilton sister’s unusual story follows an almost Dickensian plot so laden with heartbreak and triumph it almost defies the imagination.

“The musical has a really special impact on the people who see it. There’s something about it that brings people together,” asserts director Christopher Sperat. “We are all misfits in some way. It’s something that speaks to everyone. As we search for acceptance we recognize the differences in each other, whether it’s a personality trait or physical difference. Rather than using our differences as justification for relational superiority, the play challenges us to seek self acceptance by embracing our individualities.” Krieger and Russell’s work underlines these thoughts with moving songs such as “Who Will Love Me As I Am,” “You Should Be Loved,” and the finale “I Will Never Leave You.”

The story begins at the carnival where Daisy and Violet Hilton are the main attraction of the sideshow. A talent scout named Terry Connor happens to be in the audience and immediately spots the musical gift of the Hiltons. He and his friend Buddy Foster contrive to meet the girls in an attempt to lure them to vaudeville. The twins are unsure about leaving the security of the sideshow, but Daisy’s dreams of fame lead them to take the plunge. Buddy coaches Daisy and Violet in song and dance routines while Terry works the media to make the girls celebrities. As their success grows on the Vaudeville circuit, love begins to bloom between Buddy and Violet as well as between Daisy and Terry. When Buddy proposes to Violet, Daisy hopes that Terry will propose a double wedding, but the pressures of society start to wear on the couples.

The Genesius production is being directed by long time Genesius actor, music director and director Christopher Sperat. Mr. Sperat is also the music director and the show is being conducted by Andrew Cusano. Newcomer to Genesius, Jessica Bostock, is the choreographer. The set is designed by Brandon Kegerize, lights are designed by Spencer Moss Fecho and Julia Elberfeld, costumes are designed by Cynthia Kantner, hair and make up is designed by Kim Siegel of United Artist Salon and sound is designed by Albert Garcia. The set is constructed by John Bigos, Betty Gerstner, and Brandon Kegerize. The Genesius production features as the two sisters, Dara Himes as Violet Hilton and Simmon Fecho as Daisy Hilton. Also heading up the cast is Joey Moray as Terry Connor, Brandon Kegerize as Buddy Foster, DeShaun Williams as Jake and Jordan Baylor as Sir. There is a cast of thirty in various roles and ensemble parts.