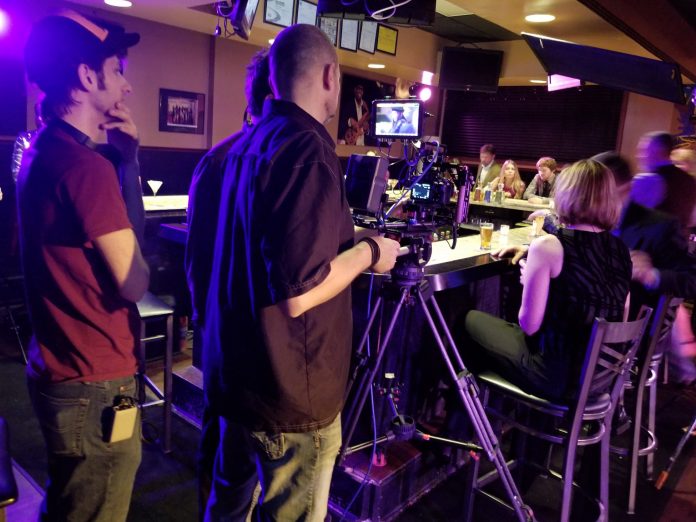 Dust Nuggets is a film about a band called the Dust Nuggets. They went from the garage to the stadium. The band manager acquired a nasty drug habit and is currently in a coma, retelling the story. She’s not quite accurate in her account and reality keeps rearing its ugly head. Will she ever wake up?

It’s all about KK, (to be played by Linnea Sage) a wound-up band manager who’s currently lying in a coma and trying to decide if she should wake up and live or just stay dead. She’s reliving the events that led to a nasty drug overdose and subsequent deep sleep.

The thing is, she’s not being honest about it. Bits of reality commingle with a narrative that she’d like to believe but is mostly untrue. She’d like to stay pure and innocent, but out in real life she’s too far gone for that. Every story has two sides and KK is telling herself both.

Dust Nuggets is a local film with Hollywood ties. In April, the production team announced Robert Picardo and Eric Roberts will be joining the cast. Picardo is best known as the doctor in Star Trek Voyager and as Coach Cutlip in The Wonder Years. Roberts is best known for his roles in such films as Dark Night, Inherent Vice, and Pope of Greenwich Village, and the television series Less Than Perfect, Suits, and Heroes. He was nominated for Golden Globes for the films King of the Gypsies and Bob Fosse’s Star 80. He was nominated for an Academy Award for Runaway Train.

A Schott Productions film, Dust Nuggets is the first feature production by filmmakers Sue Lange and Andrew Pochan. After a pilot was shot, Lange and Pochan realized they had a complicated story that needed a feature length film to tell it. Upon receiving a grant from the Berks County Community Foundation’s Rural Arts Grant Program, they began pre-production.

Dust Nuggets is currently accepting applications to participate in the film as a background extra. Extras are needed: June 10, 13, 17, 18, and 24. For additional details contact the production team: neighborjenr@gmail.com

Officers Give Back with Crime Alert Berks Annual ‘Shop with a...