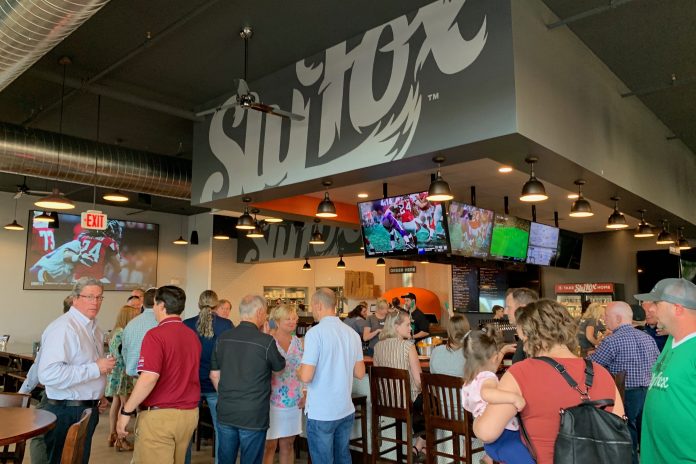 Out with the old, in with the new. Sly Fox Brewing Company is ready to open up their first Taphouse Berks County. With a grand opening date set for Fathers Day, June 16th, the Taphouse opened their doors early for a special VIP night on Wednesday. To get the inside scoop, General Manager Randy McKinley gave us a quick tour.

“This has been a project two years in the making. When John Gianopolous brought me on board it was real exciting to learn about our expansion” said Mcinley. With a presence already in Berks County at festivals, professional sports, and more, Sly Fox has had an interest in being more community focused.

“We really feel we started something special here, so we wanted this to be our first one” said McKinley referring to the Sly Fox Taphouse concept. “We did a lot of research checking properties, then this suddenly became available, and we though this was perfect.”

Outside on the deck features two large fire pits and plenty of seating. Heading inside, McKinley says during construction the crew found a hundred and ten year old bricks on the wall. “During demolition one of the jackhammer’s slipped and popped off some plaster. After we saw the brick we’re like we got to be able to keep it. We’re able to work with the developer and our general contractor and keep some of the history inside”.

The 5,000 square foot main room features high top seating, multiple TV’s including one 161 in projection TV, and a large U shaped bar.

“Sly Fox historically is known for pizzas and wings” says McKinley. “Knowing our lunchtime crowd we kind of had to open the menu up a little bit” Showcasing their new pizza oven, McKinley says it can crank out pizzas in about 90 seconds.

What can you expect from the new Sly Fox Taphouse? A family-friendly, casual, beer-hall atmosphere. Hours are M-T 11:30-10pm, W-TH 11:30-11pm, F-S 11:30-12am, Sun 11:30-8pm. For the animal lovers, well behaved dogs on leashes are welcome on the outdoor deck. In addition, Sly Fox offers a gluten free and vegetarian menu options, although they do not brew gluten free beer. 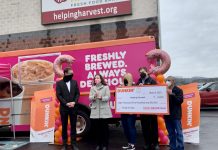 Dunkin’ Donates $8,500 to Helping Harvest to Fight Hunger in Berks and Schuylkill 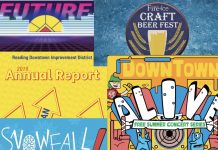 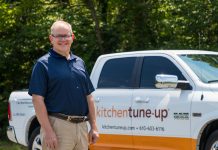