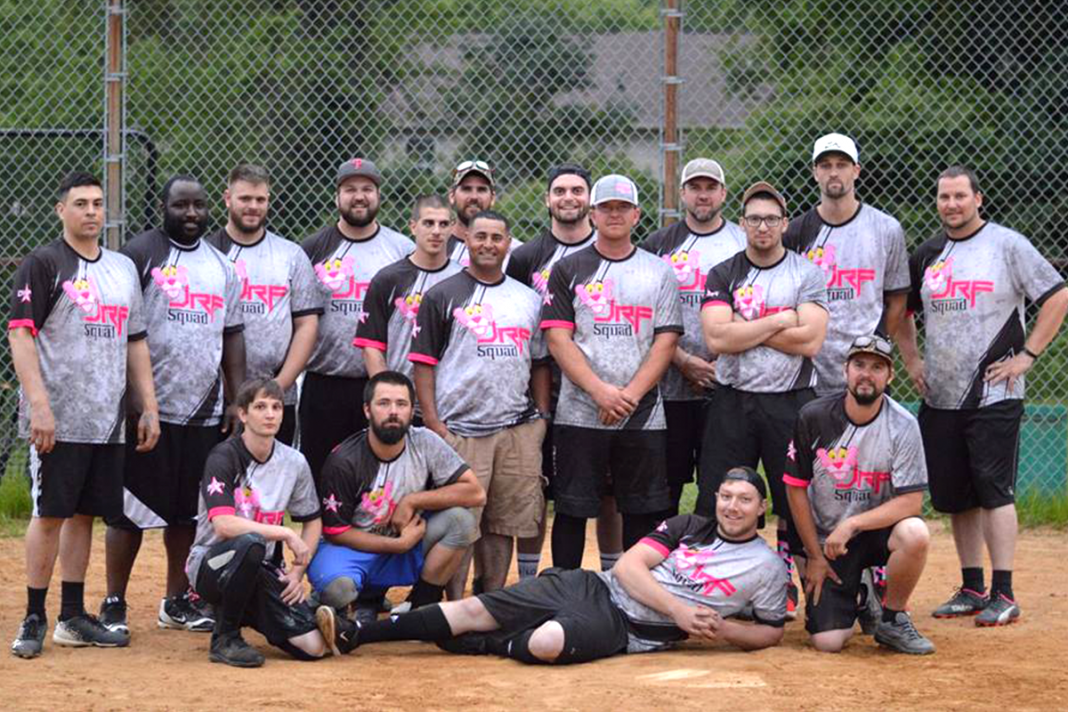 I was once told when I was a teenager that the friends you make in college are most likely to be your lifelong friends. A few others also told me that friends come and go in this world. That may be true for most but don’t tell that to the JRF Panthers Softball Team based out of Reading, PA, which consists of mostly 2009 Exeter High school graduates. A group that has been friends going all the way back to junior high school. Some people may say the long bond between the friends is due to technology and the rise of social media making it easier for them to stay connected to others. I beg to differ. This group of friends is different. They have a strong loyalty not only to each other but to the community they grew up in.

In 2009, during the group of friends’ senior year of high school, they formed a slow-pitch-softball team together. This allowed them to still hang out and participate in sports after high school. Their friend Johnny Favinger sponsored the team. Johnny was a stock car driver and drove a black and pink car with a Pink Panther logo. The softball team took after the same color scheme and logo. The first season the group of friends didn’t win a single game, going 0-32 on the season. Despite the team’s struggles, the team stuck together and ten years later what started as just a simple community softball team has become something much more.

This past March, the team formed a limited liability company called JRF Squad LLC. The company sells clothing and merchandise using the black and pink color scheme. Many people became fond of the team’s uniforms through the years and the group of friends turned it into their own brand. Five percent of all the brand’s proceeds go to Bright Pink. A non-profit organization, which is focused on prevention and early detection of breast cancer in women.

Giving back to non-profit is nothing new for the JRF Panthers Softball Team. Two years ago the team held a charity softball tournament for Four Diamonds, last year for the Standing Up to POTS Organization and this season will be hosting a tournament with all proceeds going to the Muscular Dystrophy Association.  Unlike the past two seasons, this tournament will take place in Reading, PA at Lorane Hollow Park in Exeter Township. The “Come Out and Play for MDA”  tournament will take place on Saturday, July 28th and consist of raffles, prizes, shirts, music, games, food, drinks, a dunk tank, and much more! It will run from 8am-6pm and is free to the general public.

Get to Know the JRF Panther Softball Team