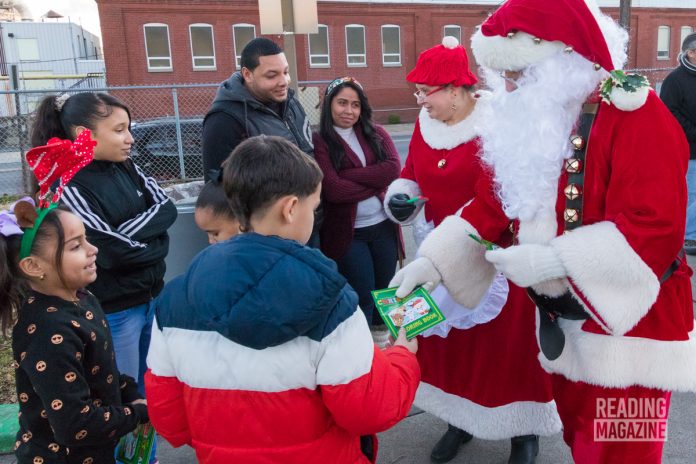 It was a brisk Saturday afternoon as residents gathered at Reading’s Iron Playground on Laurel Street. Planned as a joint effort to bring the community together, the inaugural tree lighting ceremony was hosted by District 1 City Councilwomen Lucine Sihelnik and the South of Penn Task Force.

To prepare for the tree lighting, the Reading Public Works Department helped hoist the massive 15 foot tree into place Friday afternoon. Donated by Reinhart’s Christmas Tree Farm, the tree was decorated by South of Penn volunteers.

Tony Veloz, South of Penn’s community coordinator, says the idea for the tree lighting came from community feedback. “When people come over the Penn Street Bridge, they are greeted by the city’s tree, but people feel like there isn’t a whole lot that gets done on this side of the city” says Veloz.

The groups original idea was to place the tree at the end of the Bingaman Street Bridge, as a welcome to the south side of Reading. Due to logistical issues, the group was forced to come up with alternative location. “One of the things South of Penn is trying to do is reclaim spaces that aren’t being used frequently. The tree allows residents to feel welcome” Veloz said.

Inviting residents over to the podium, Councilwomen Sihelnik spoke about her recent listening tour throughout the district. “In the past six months, Iv’e been doing a listening tour throughout district 1, trying to listen an understand, what is important to our community, and what are we trying to reach for together that will unite us. That’s what this is all about.” said Councilwomen Sihelnik. “To be able to see the park full of people playing and enjoying, talking and coming together, is the goal.” 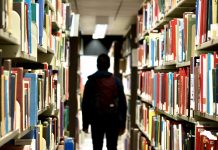 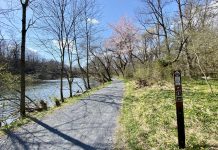 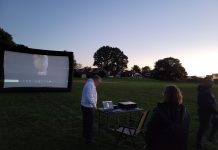