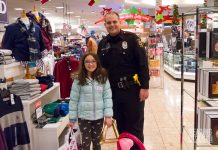 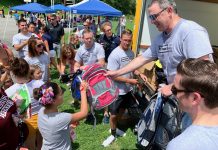 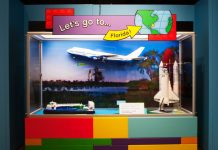 A car traveling South in the 1900 block of Hampden Blvd narrowly avoided hitting an apartment building Sunday night after traveling 100+ feet up the front lawn of the property. The incident happened at approximately at 7:30pm. Witnesses to the accident saw the driver of the vehicle hit a pile of leaves on the right hand shoulder, hit the curb buried under those leaves then travel uncontrollably into oncoming traffic where the car hit the curb (on the opposite side of the road) and travled up towards the apartment building.

The car, a Silver VW Jetta, which was occupied by two females traveled between two parked cars before coming to rest about 10 feet from the corner of the apartment building. The good news is despite the crash and airbags deploying both occupants were unharmed and not taken to the Hospital.

Police remained onsite for the tow truck to remove the vehicle, which became challenging as three of the four tires were flat.