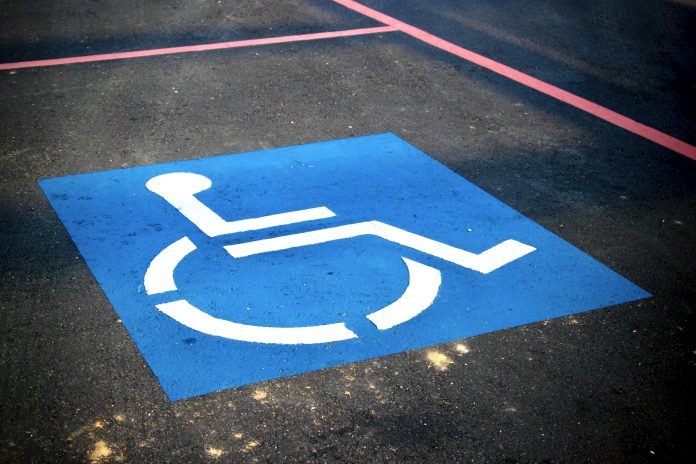 Many people living with disabilities constantly cope with it, some silently, others not so much.

Ableism is an often-overlooked form of oppression that many people deem unimportant in comparison to other forms of inequality.

Ableism is discrimination against people with disabilities in any way—intentional or not. I had the amazing opportunity to speak with two women who live with disabilities. Ceellen Vega, 16; and Natalia Piszczek, 29; shared insights on how ableism has affected them.

After listening to these two women and their experiences, I hope you can better understand and correct your personal prejudices along with your active role in ableism.

To get a start to the interviews I dove headfirst into questioning, asking “In what ways have you experienced ableism?”

“There was a lady at the grocery store parking lot, I was with my parents,” said Natalia, who’s disability presents physically. “[The] lady stopped me and asked what my disability [was], which I don’t mind talking about. Her response was, ‘your poor mom.’”

“So my mom told her that I have a master’s degree in clinical counseling and that I work,” Natalia stated, as a licensed professional counselor. “The lady’s jaw fell to the floor.”

Ceellen, 10th-grade student at Reading Senior High School, has cerebral palsy. The condition affects her muscle movement and, she said, it sometimes also negatively affects how people perceive her.

“I’ve experienced ableism in many ways throughout my life,” Ceellen explained. “I get treated differently, as though I can’t do anything on my own. I’m treated as though I’m fragile and in need of constant help, which isn’t the case at all.”

These scenarios in which people assume that because someone with a disability is incapable and weak leave those who have disabilities with emotional and mental scars.

“These experiences have messed with me a lot, mentally especially,” Ceellen said “I’ve heard people make fun of my appearance, I hear whispers and conversations about me constantly. I’ve become self-conscious of my body, I started isolating myself to avoid being laughed at, and I even skipped school almost every month because even seeing the school gave me horrible anxiety.”

Ableism is more than condescending “shock” towards a person with a disability’s achievements, it’s the consistent attack and verbal assault of their appearance and the ignorance that surrounds those words.

Natalia is affected differently by people’s assumptions and comments.

“[Ableism] may have affected me [at] the moment but I used it as fuel; I keep going forward and doing better things for this world,” Natalia said. “It might sound like I’m trying to prove people wrong, but that’s not my goal—I shouldn’t have to prove anything.”

Allowing people with disabilities to live without constantly pointing things out that they already have to face daily, is just simple respect.

Natalia mentioned a time when she was denied a fun outing at a Berks County winery due to lack of access for people who use wheelchairs.

“It was not wheelchair accessible; I couldn’t go inside,” Natalia said. “I called the place and they said they couldn’t put ramps in because it’s an old historical building.”

Natalia uses a wheelchair due to spinal muscle atrophy type 2. This, simply put, means the proteins responsible for her muscle movement keep dying, making her muscles weak but not affecting her cognitively.

The failed day trip is just an example of situations people with disabilities regularly face. It’s ableist to assume your way of life is the only way of life, especially when you’re able-bodied and able to do what society deems as “normal.”

As the interview came to a close I asked both Natalia and Ceellen, “What would you say if given the chance, to those who are regularly practicing ableism?”

“Educate yourself,” Ceellen said. “Put yourself in someone else’s shoes and really ask if what you’re doing and the actions you’re taking are what you want to be known for.”

Ableism has, and continues to, affect the disabled community in more ways than many of us will ever understand, but my goal here was to expose you to its effects and open your eyes. If you happen to be one of the many people practicing ableism in your day-to-day life intentionally or not, work to do better. Don’t make life harder on those around you just because they act, look, or are different than you. Change starts with you, break the cycle, don’t continue it.