Interest in weather since the age of six when an F3 Tornado struck near his home in Lyons, PA, Justin Selig has always been fascinated by weather. Selig is now an Advanced Severe Weather Spotter/Storm Chaser for the National Weather Service and a National Severe Weather Media Stringer for Live Storms Media and has had his work featured on The Weather Channel, 69 News WFMZ, and The Morning Call.

How did you get into Storm Chasing?

Weather for me at all started when I was probably 6 years old May 31st 1998. There’s a town in eastern Berks County, Lyons, Pennsylvania, and that date they were actually impacted by a large EF3 tornado. I remember that night clearly, the power going out and the crazy storm.

I ended up Googling storm chasing teams in Pennsylvania, and they’re obviously wasn’t much, it’s not as mainstream as it is now and I found somebody up in Scranton Wilkes-Barre area. Her name is Matrona Brand and she runs Storm Stalkers Club.

Every time we get a storm. I would just call her up on the phone and then, learning things along the way. Then when I was finally old enough, I took a Skywarn class with the National Weather Service.

What do you have to do to make a career out of weather chasing?

There’s many tools that I use. The average person may only see the Radar. So I’d say if you really want to get into this, talking with a storm chaser or contacting your local National Weather Service Office would be a good place to start.

So what kind of seasons are you looking for?

I really go by the trends honestly, and progressively each year of the weather has gotten a lot worse. We’re seeing temperatures rise, that significant weather is becoming more and more of a factor in the eastern United States.

You do more than just your weather chasing. You recently visited NASA?

I got to see the launch of The Atlas rocket. I went down unfortunately it was it was canceled. I got to meet the scientist behind it.

I got to see where they actually launch from range control, and got the commanders of the chief officers and then to the hanger to see all their aircraft.

Keystone Mesonet. How does that help you do what you do?

It’s group of weather stations that are scattered across Pennsylvania and key areas. So they’re along highways are at airports and then there at like big businesses and maintained by the Department of Transportation.

When I see wind gusts of 70 mile per hour in Lebanon County. I can kind of pre-planned position myself to where the storms going to be in anticipation of those events. 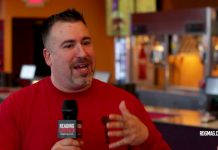 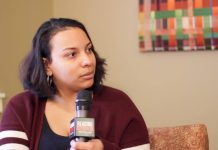 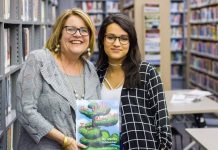