The Reading United Fun League, known for their charitable soccer games is back fundraising for two local organizations, Team Mimi and the The Exeter Community Library. The tournament, RUFL’s “First Kick” was held at the home of the Reading United AC, Don Thomas Stadium during the last day of Exeter’s May Days.

The tournament featured fun for the whole family including free admission to the soccer games, Star Spangled Banner performance by Hallie Jacobs, Miss Susquehanna Valley’s Outstanding Teen of 2017 and a special pre-game meet and greet with Reading United AC players. 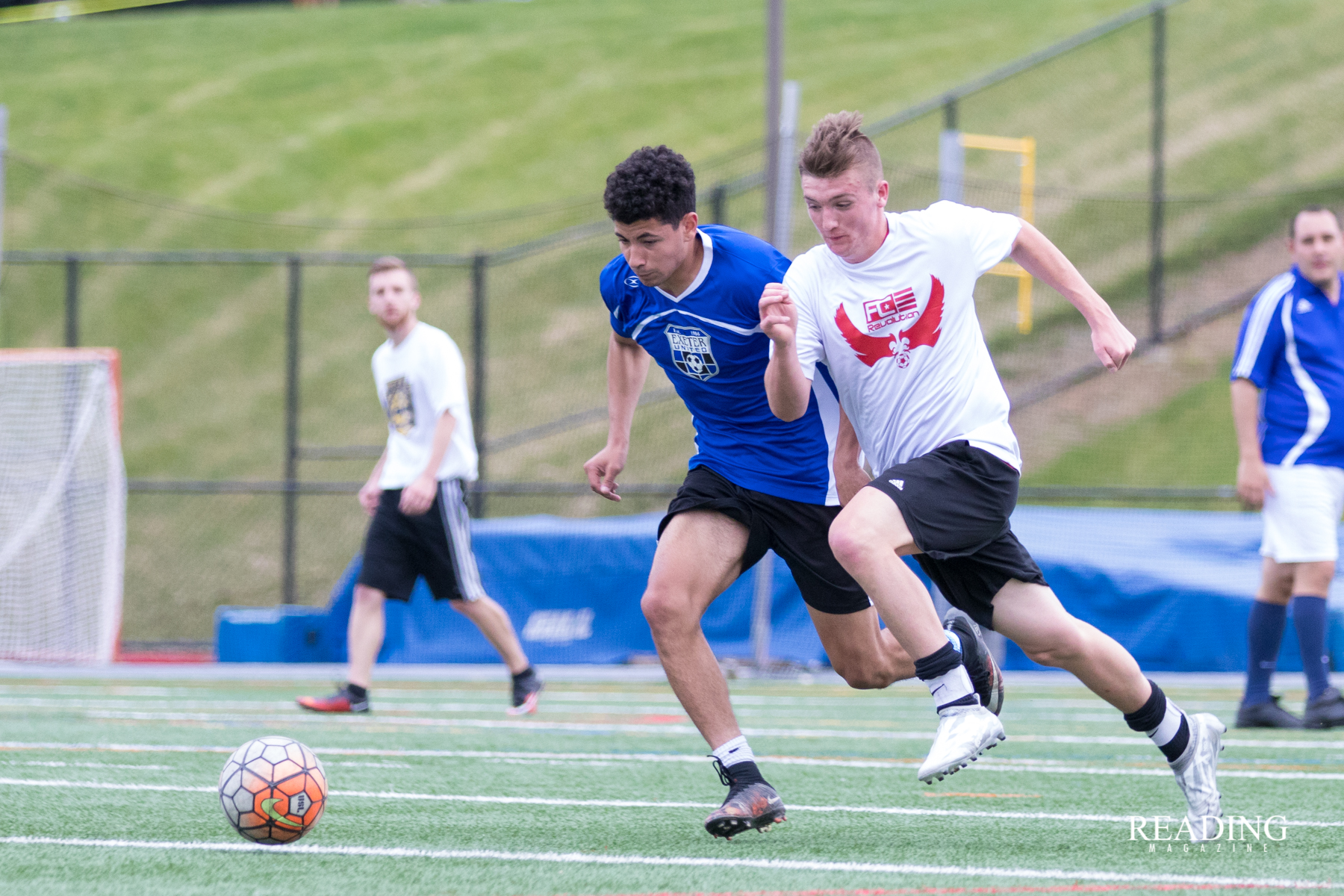 The tournament collected gently used books for Team Mimi, which will create book bags to hand out to the Exeter, Antietam, and Daniel Boone families who visit the Exeter Area Food Pantry on June 16.

Team Mimi is collecting books in honor of Carol Stunz (known as Mimi by her many grandchildren). Stunz worked in the Exeter Junior High cafeteria for 30 years where she affectionately became known as “Lunch Lady” by all of the students that adored her. She was an active member of her local church and once retired, she spent time volunteering annually at the Exeter Area Food Pantry. 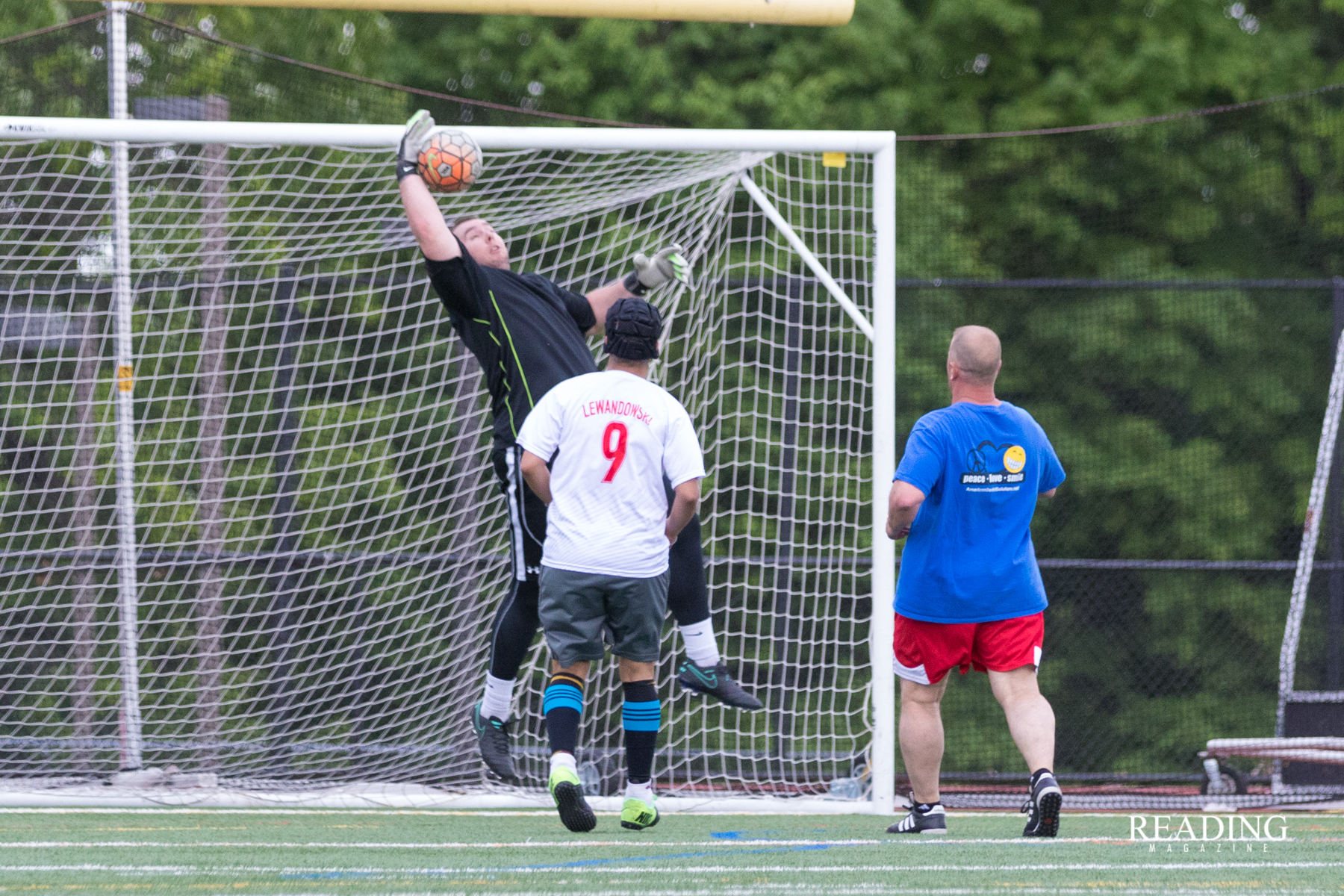 On the field players were split into four teams the first round of the tournament was played by the Red and Black teams (score 6-4) and the second against the White and Blue teams (score 1-4). Both Blue and Red teams won their games to advance to play in the finals. Due to time constraints, the final game was limited to 10 minutes. As the Blue team was first to score they won the tournament. See more of the photos from the game on the Reading Magazine Mobile App. 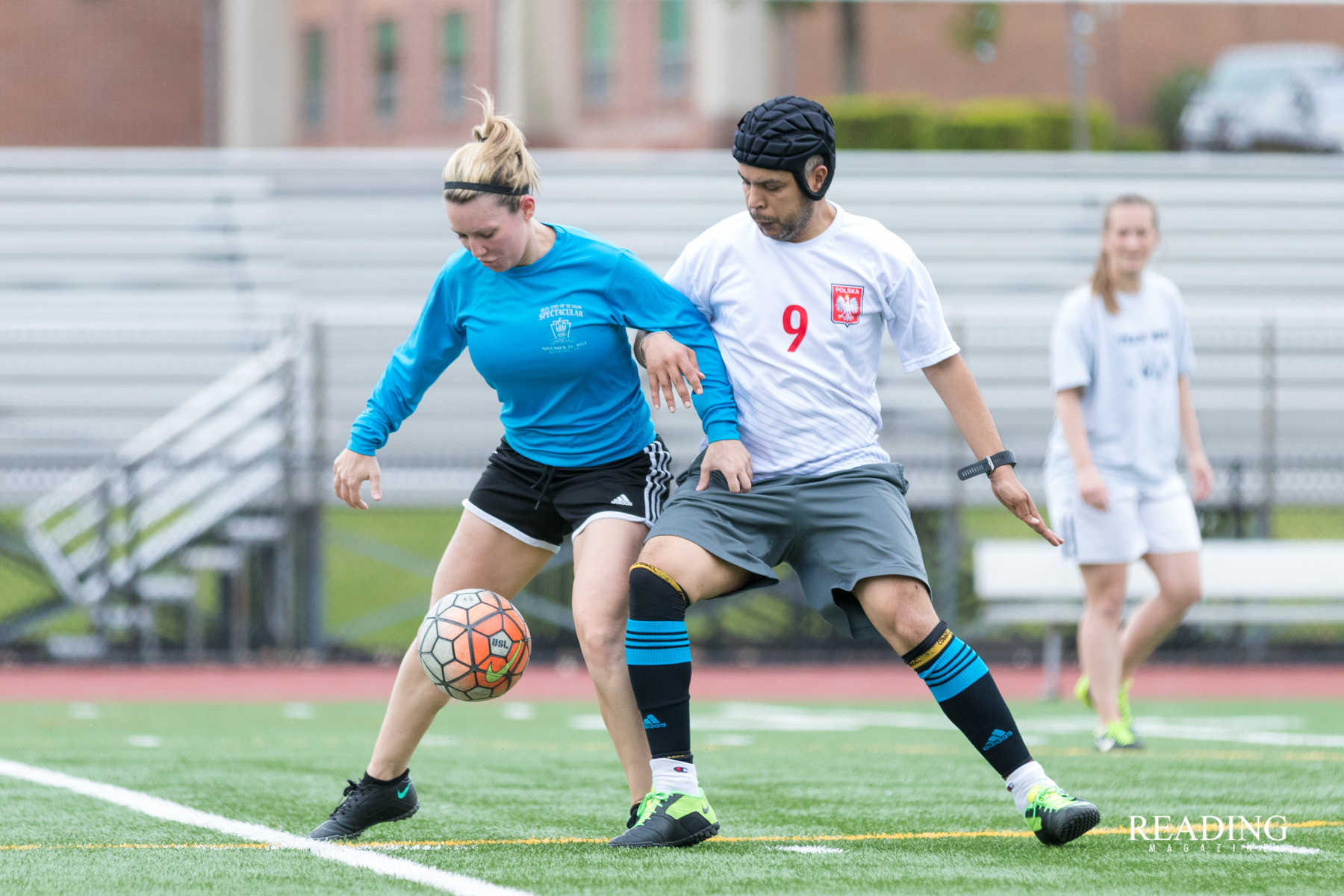 “As Director of Community Relations for the Club nothing drives my passion more than community support for great causes and organizations”, says John Cusatis.

The tournament raised over $1,000 for the Exeter Community Library and collect 100+ books for Team Mimi. To support Team Mimi yourself, contact Stephanie Hartman, evan.p.hartman@gamil.com.

Reading Magazine
Thanks for supporting an independent, locally owned publication. Be sure to tell your friends about us!
Previous articleBella Italia, Oley’s Family Friendly Pizzeria
Next articleBoyertown’s State Theatre moves into digital age with new restoration
- Advertisement -