What started with a small project to fix a creaky front door turned into a complete over hall of Mingus Magic Shop on the 500 block of Lancaster Ave in Reading. Celebrating the re-grand opening Wayne Shifflett, owner of Mingus Magic held a ribbon cutting Thursday afternoon in conjunction with the 18th Wonder Improvement Association and District 1 City Councilwomen Lucine Sihelnik.

Originally founded by Leroy Mingus in 1938, Mingus Magic Shop has served the local community for 80 years. Shifflett tells us the idea for a grand opening came from fixing the front door of his business.

“When I bought the building 32 years ago it was brand new, and its needed a face lift for a while now… Once the front door broke we kept adding more, new floors, facade, and interior display cabinets.” 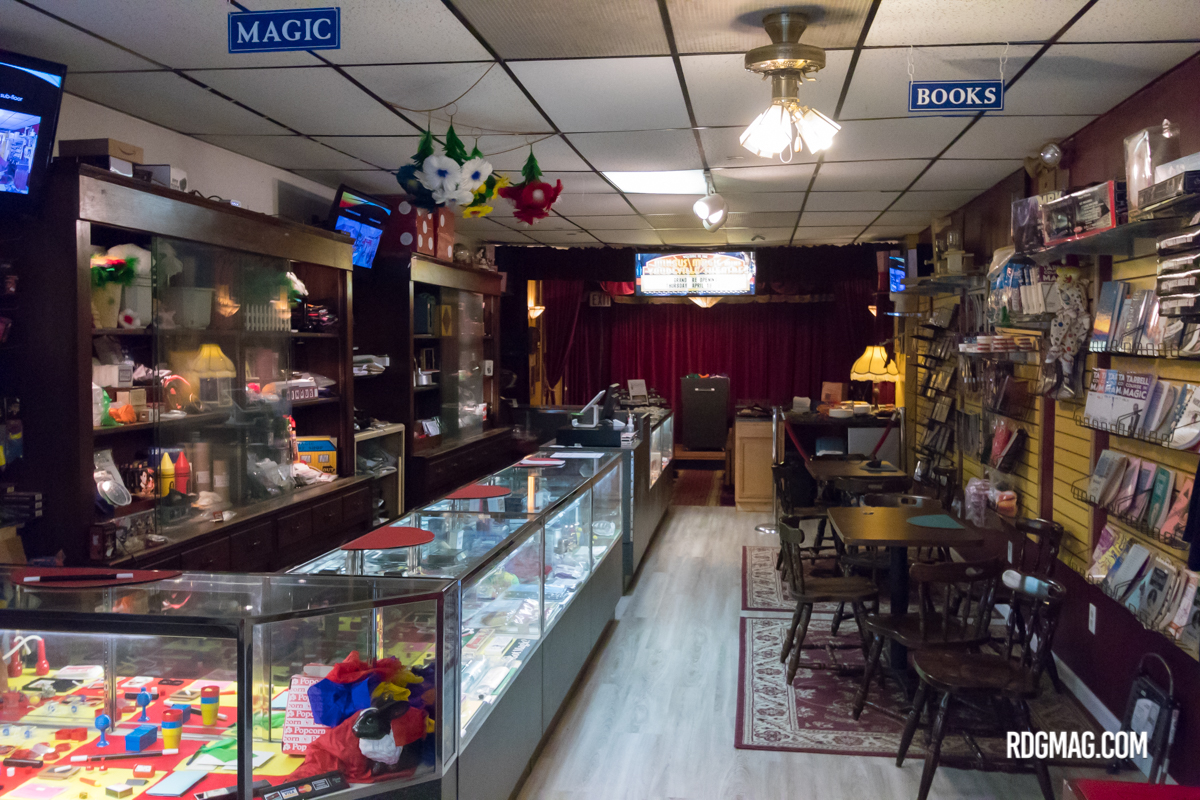 In all the renovation took about a month starting in mid March. As Shifflett describes it, Mingus isn’t just a retail magic shop, it’s an experience. “Not only do we sell products, but we also demonstrate and teach customers what we sell. Plus, if I don’t know we always have difference magicians here that can show you.”

What makes Mingus such a magically shop isn’t just the wide variety of products on display, but the small performance stage in the back of the store. Shifflett plans on scheduling magic acts in the store on Fridays and Saturdays.

On May 4th and 5th Mingus Magic will hold its annual 24 Hour Magic Marathon, showcasing talent from across the region. Guests are invited to stop in any time during the 24 hours to watch 15-20 show twice an hour. Proceeds of the 24 Hour Magic Marathon benefit Alexs Lemonade Stand in memory of Shellie Lafferty.

Over the past 6 months Mingus Magic Shop has been the focus of documentary production company Barely Upright Productions. Now in its final stage of editing the documentary highlights the history of Mingus and the impact of magic in the community. The short film will premiere at the Boscov Film Theater at the GoggleWorks May 20th and 21st.

Reading Magazine
Thanks for supporting an independent, locally owned publication. Be sure to tell your friends about us!
Previous articleLocal Bakers Showcase Delicious Treats at Cup-Cake Wars
Next articleCrime Alert Berks County presents fourth annual ‘Race Against Crime’
- Advertisement -

West Reading coffee shop brews up a sense of community