What would you do if you knew you would succeed? That was the question posed to a room full of young women at the DoubleTree By Hilton on Sunday during a screening of the documentary “The Empowerment Project”. Hosted by the The Junior League of Reading and Girls on the Run Berks County, the films screening was followed by an audience question and answer session with a panel of local community leaders.

The ‘Empowerment’ movement was created by filmmakers Dana Michelle Cook and Sarah Moshman. Driving over 7,000 miles from Los Angeles to New York over the course of 30 days, the documentary and its all female crew spotlights 8 positive and powerful women leaders across a variety of lifestyles and industries.

Since the films debut in May of 2014, Sarah and Dana have been inspiring women to redefine there roles in the media, workplace, and in the home. Watch the trailer:

Starting off the discussion the group was asked about failure and what it takes to look at failure as a positive rather than a negative. Senator Schwank gave her thoughts on how to get past the stereotypical definition of the word.

“You kinda have to practice at failure, at first you may think my dreams are not possible, but you really have to pull yourself back up an think about were you go from here. Maybe the way you approached it wasn’t the way to get there. failure is something we all experience, you have to decided to move on. People say ‘one or closes, another one opens’, failure is about finding those doors and if your focused on your failure you wont find that next door.”

Being “bold and naive” was another topic of the film discussed by the panel. Each panelist had there own take away, however Sharon Mast had a few interesting thoughts on the phrase.

“This makes me think about when i started my business, bold to say I wanna try, I want to believe I can do this, I think this is where I am supposed to be. But naive enough to silence the voices that say you shouldn’t or you couldn’t. It’s a balance between the two but we don’t want to stay naive, just enough to get over that hump.” 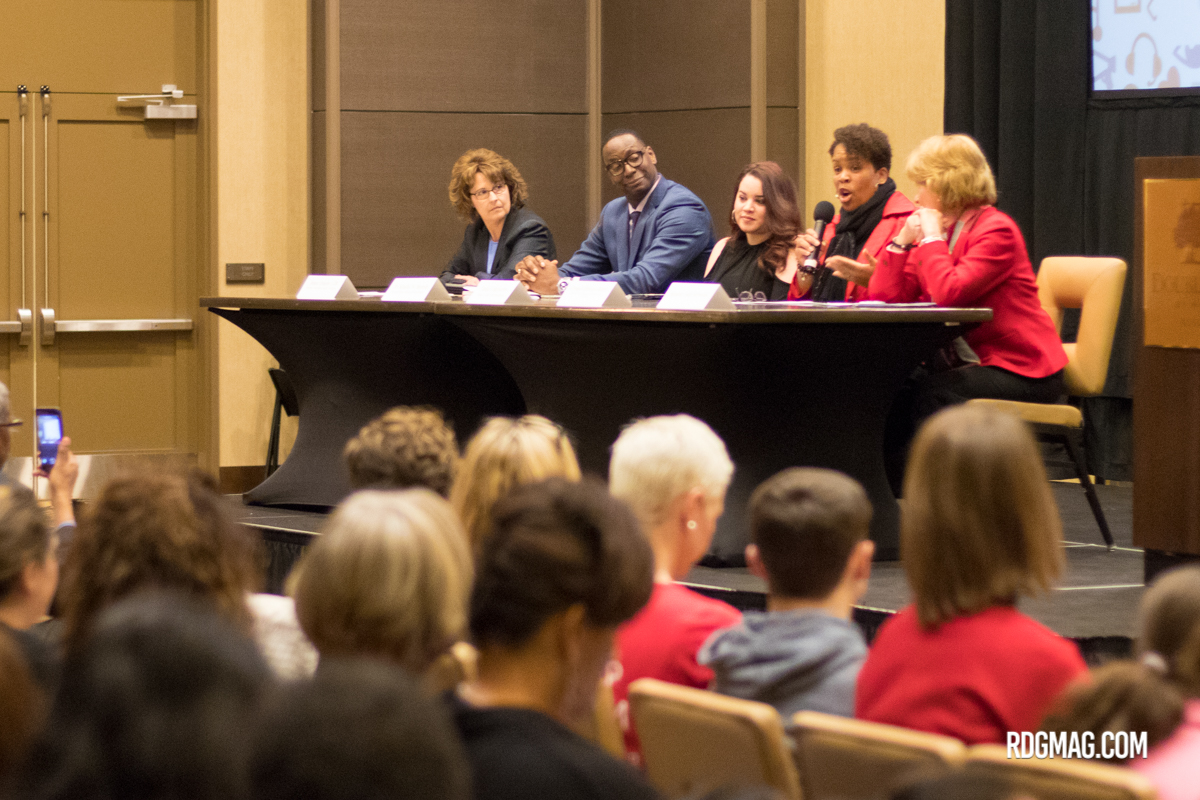 After the film and panel discussion we caught up with a few members of Girl Scout Troop 1773 of Fleetwood to get there thoughts on the event.

“It was very inspiring and it was great to see women who are following there dreams without a fear of failing.” – Abby-Rose, member of Girl Scout Troop 1773.

“This movement is so powerful, especially for people who are deciding what there career is going to be. It’s inspiring to see lots of different women in lots of career paths and hear there success stories” – Julia, member of Girl Scout Troop 1773.

“As a leader of young women it was great that they heard from women who were constantly told you can’t do this, it’s not a women’s role. They didn’t listen to all of those naysayers, they went ahead and did what they wanted to do regardless of whether it is in a mans world or not. I think that’s a powerful message, no matter what they want to do they can achieve it.” – Sue Yatsko, Troop Leader.

Reading Magazine
Thanks for supporting an independent, locally owned publication. Be sure to tell your friends about us!
Previous articleTropical Bakery, Little Slice of Puerto Rico on the South Side
Next articleBerks Arts Council unveil winners of 2018 Fast Lane Art Competition
- Advertisement -