Past to Future: The Legacy of Genesius Theatre

Jane Simmon Miller dreamed of a theatre group where young people could participate, learn and grow in every aspect of show production, and in 1971, she founded Genesius Theatre. At the time there were 2 Theatres in Reading, the Reading Civic Opera (current Reading Civic Theatre) and the Reading Community Players (Playhouse). Jane was an actress, costumer, and director.

During this time, America was undergoing the famous “Sex, Drugs, and Rock & Roll” social change. The new youth culture wanted musicals based on Rock and Roll- like Jesus Christ Superstar, as did Jane! At the time, the Reading Civic Opera and the Reading Community Players did not produce these wild youth performances.

So Jane decided it was time to start her own theatre group focusing on musicals and children. Jane established Genesius for the kids, which was a new concept at the time. Of course, her productions included some Adult shows as well. Jane wanted to do productions all the time and she did! Including War Horses like Oklahoma and South Pacific.

711 Penn St – was the first home of Genesius. At the time it was a retail store called John’s Bargain Store and it was ready to be torn down. The Reading Redevelopment Authority agreed to let Jane use it and it was actually torn down during the production of a show.

Today this same location is home to the DoubleTree Hotel. Genesius performed at the Crystal Restaurant for short period until a very generous supporter, Jeanette Eways, donated the current building on the corner of 10th & Walnut in downtown Reading to Genesius in 1974.

In 1976 Jane Suddenly died but then became a ledgend. Explained Brian Fichthorn. A tragic loss to our community.

“I got involved in the mid-90s,” explains Brian Fichthorn during our interview. “I had a friend who was an actor and director” I decided to move to Puerto Rico for a few years and left the Theatre. While I was gone, the building broke down and repair was beyond their means so the theatre went dark for a few years.

Brian moved back to Reading in 2001 and became involved with the effort to revive Genesius and to prepare to put the building up to sale. Brian recalls that there was a building going away party where community members and performers shared tears. The night before the contract for the auction was about to be signed, Al Boscov called to see if he could help.

“Not many people realize, that Genesius Theatre was Al Boscov’s project before the Goggle Works.” Brian recalls “I spent many days in Al’s office during the 2002-2005 time frame. While the Genesius Building was being renovated, we established a funky urban theatre in VF.”

We reopened in 2005 – with a grand concert production. For a few years, both locations were putting on productions. We called the stage at VF the “Genesius at the Outlets”. At the same time, we also had readings at the Wyomissing Library.

Genesius is back to one location, their “forever” home on the corner of 10th and Walnut in the heart of Reading. The production values are unbelievable! Live orchestras, cozy/intimate atmosphere, tech enhancements, and of course local talent bring the best that Reading has to offer performance after performance.

Last year, 53 musicians played in the orchestra pit during the season which includes both professional and amateur musicians and students.

“People are often surprised that our little theatre presents full orchestras and a full range of theatrical lighting and effects.”

Volunteers are the life blood of Genesius Theatre. “People can participate not just on stage but in the front office, backstage, with marketing and fund-raising, costume and makeup, and in so many other ways.” Brian explains “Cash donations at any level will help, as will in-kind donations such as clothing for costumes, paint for our sets, power tools, services such as plumbing and maintenance work, and even extra space for rehearsals.”

Where is Genesius Going?

Genesius is ready to take the next step! What does this mean? “Look at the surrounding counties (Lancaster, Lehigh, etc) every one of them has a few community theatres; however, there is that ONE theatre that stands out to be the main theatre that is professionally run. The Ephrata Performing Arts Center. Steel River in Pottstown. Allentown Civic Theatre.”

Genesius is committed to Investing in their historic building, a staff, and most importantly the youth in community. Their 45-year legacy has created “Future Stars” in the theatre arts and has been the training ground for many professional actors, musicians, dancers, playwrights, directors, and technical artists, from Broadway to regional theatre.

Genesius has created a plan of investment for the coming years which includes establishing professional staff, improving our theatre space, and in general playing our part in the development of Reading by enhancing our corner of downtown. Play Your Part with Genesius Theater: Genesius Theatre is a Gem is in the Heart of the City of Reading, Pennsylvania.

“Genesius Theatre is the Heart and Soul of Reading Theatre because we hold tight the values from our founder, Jane Simmons Miller that it all starts with the kids.”

Brian smiles. “We are embarking on an effort to develop the resources that we need to expand the reach of our mission and secure our future.”

“You have to have purpose in life. This is mine.” Brian proudly states. “We are developing the future and we can prove it!” 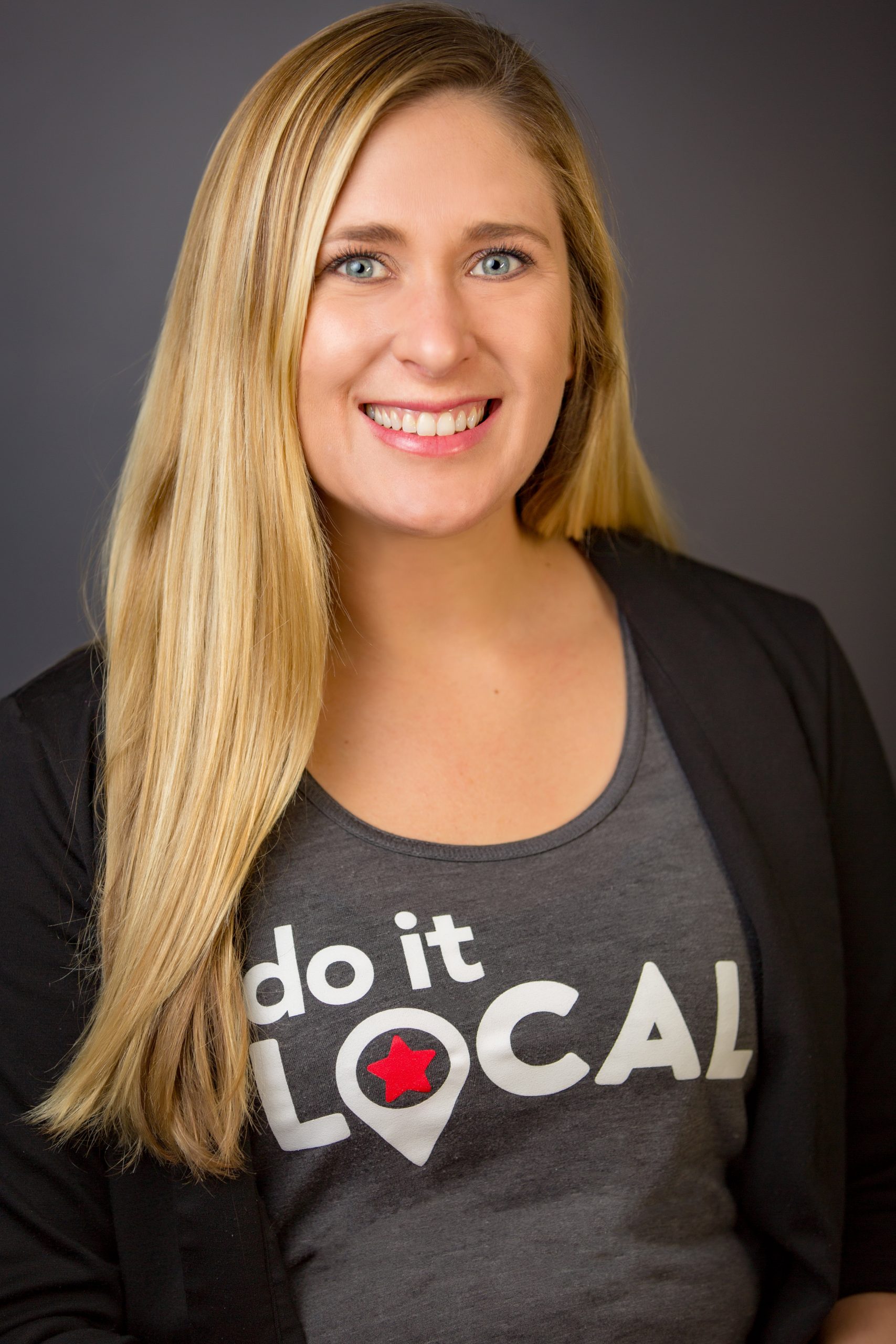 Heather Bradyhttp://www.doitlocalfundraising.com
Heather is a community driven "dot connector" who discovered her passion for locally owned businesses during her career in National Advertising. Heather explains that "Local Entrepreneurs are fearless community driven, family oriented, and full of passion! Very similarly minded to our community leaders involved in our local charity organizations!" Heather truly believes that Teamwork makes the Dreamwork and has dedicated her life to creating on-going cross promotional opportunities for local charities and local business owners to support each other. The opportunity to write a monthly article for Reading Magazine that showcases one of Heather's Do It Local Charity Partners monthly is a dream come true. The history, the passion, and of course highlighting the easy ways to get involved tell our community exactly why that charity was chosen to be a Do It Local Partner! Learn more about Heather's Do It Local Fundraising App: www.doitLOCALFundraising.com and join her movement!
Previous articleDelicious eats and a day on the green at Galen Hall Golf Club
Next articleJustin Choate: Uncovering Big Eats in Little Berks County
- Advertisement -