During all of the festivities, a representative from Pennsylvania’s Department of Conservation and Natural Resources (DCNR) recognized Building A Better Boyertown for their ongoing environmental efforts.

For their commitment to urban forestry Boyertown was recognized as a Tree City USA community by the Arbor Day Foundation with a 10th anniversary commemorative flag and street sign.

To qualify to be a Tree City USA recipient, communities must have a Tree Board or Department, Tree Care Ordinance and a Community Forestry Program With an Annual Budget of at Least $2 Per Capita.

Located at the entrance of Boyertown Community Park, “Parker” greets visitors with a hat and small picnic basket. 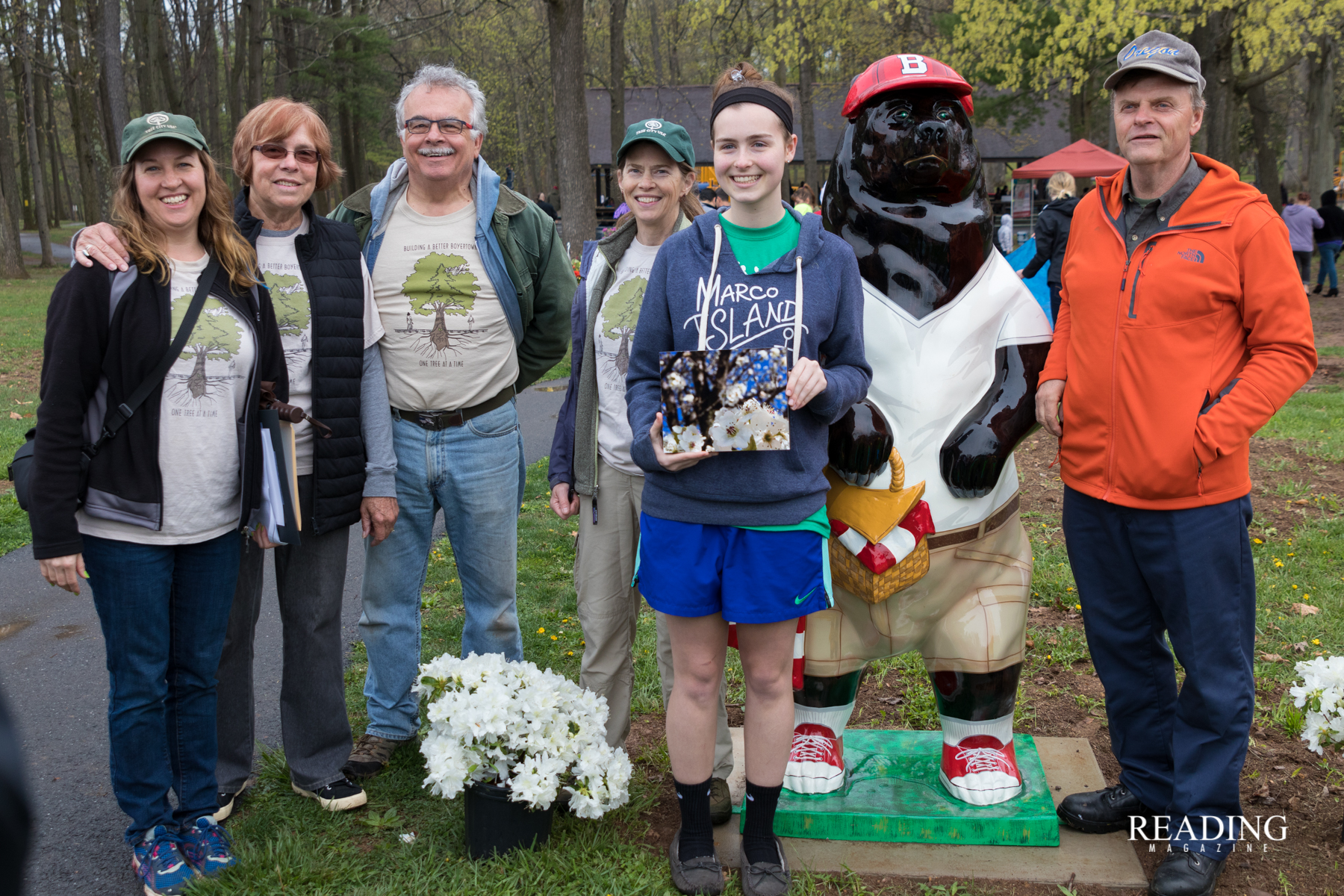 In addition to the the unveiling of “Parker” the bear Boyertown Main Street Manager Adrianne Blank also announced the winners of the annual Tree Photo Contest. First place was awarded to Hannah Ziegler, student at Boyertown High School for her photo of a Flowering Pear Tree.

“The purpose of the photo contest is to educate students about local trees and their value”, said Blank.

Reading Magazine
Thanks for supporting an independent, locally owned publication. Be sure to tell your friends about us!
Previous articleBCTV Hosts Antiques & Collectibles Appraisal Event
Next articleEastern Region PSEA honors students with scholarship banquet
- Advertisement -