After 2 years of hard work and traffic delays the Buttonwood Street Bridge is finally open! To officially open the bridge to local motorist, both Reading and West Reading Mayors, Wally Scott and Valentin Rodriguez met in the middle for a ceremonial ribbon cutting. 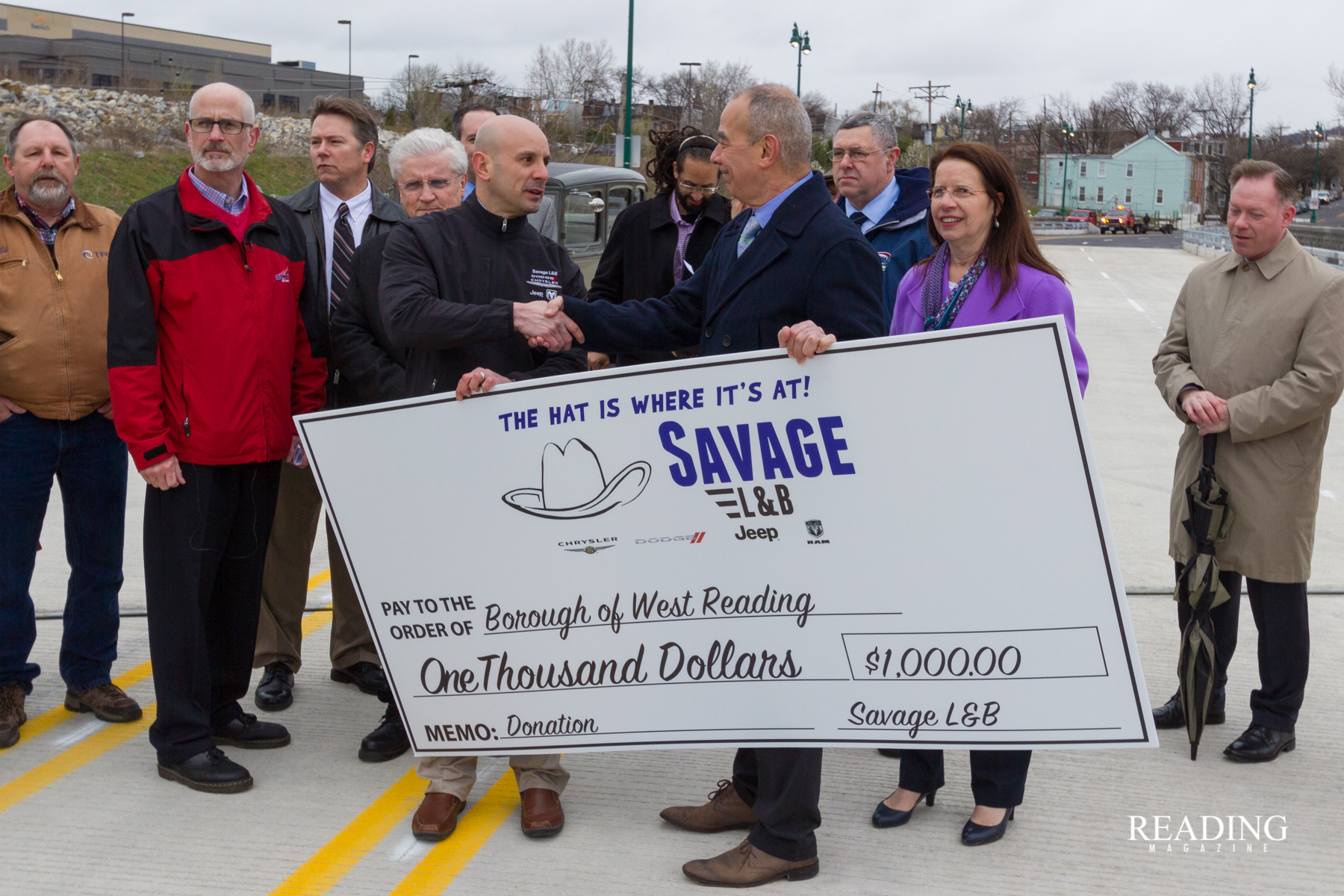 After the ribbon cutting Savage L&B presented West Reading Mayor Rodriguez with a $1,000 dollar donation to plant trees along the road leading to the West Reading Side of the bridge. 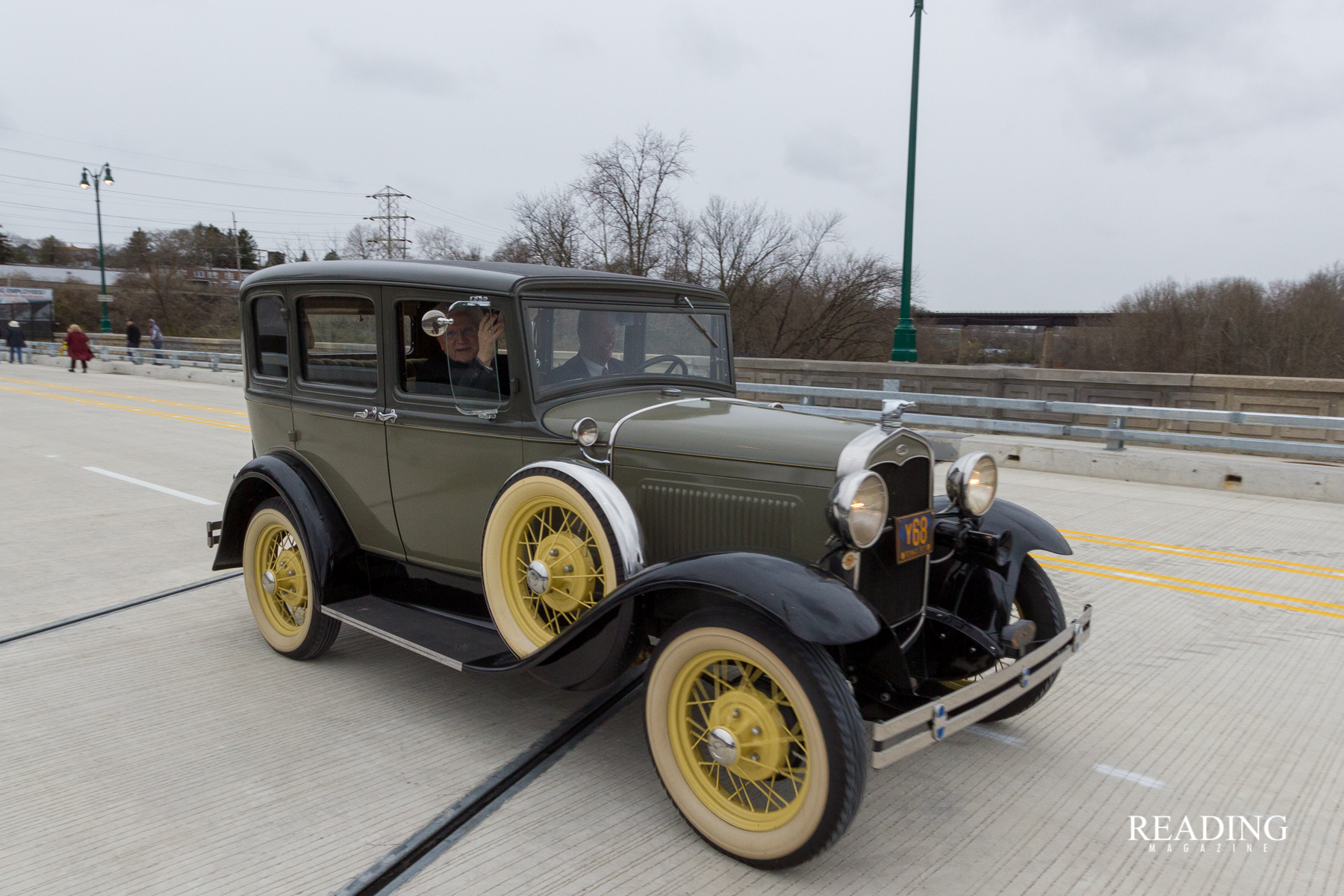 To celebrate the opening, Reading’s Mayor Scott made the first vehicle crossing of the bridge with a 1931 Ford Model A. The Model A was chosen because both the car and bridge were built the same year. A 2017 Ford Mustang was also onsite to commemorate the reopening.

Now that the bridge is open motorist in West Reading will see a change in traffic patterns. Penn Avenue is expected to be back to its former self early next week.

Reading Magazine
Thanks for supporting an independent, locally owned publication. Be sure to tell your friends about us!
Previous articleSeven Districts Awarded NAMM Best Communities for Music Education
Next articleGirls on the Run of Berks Celebrates its Biggest Season Ever at the annual 5k
- Advertisement -