Kutztown Area High School opened its doors to the public on Saturday afternoon for a special community open house and dedication ceremony.

Hundreds of current students, alumni and faculty gathering in the gym for the opening ceremony, which began by dedicating the new gymnasium to former coach John Silan. 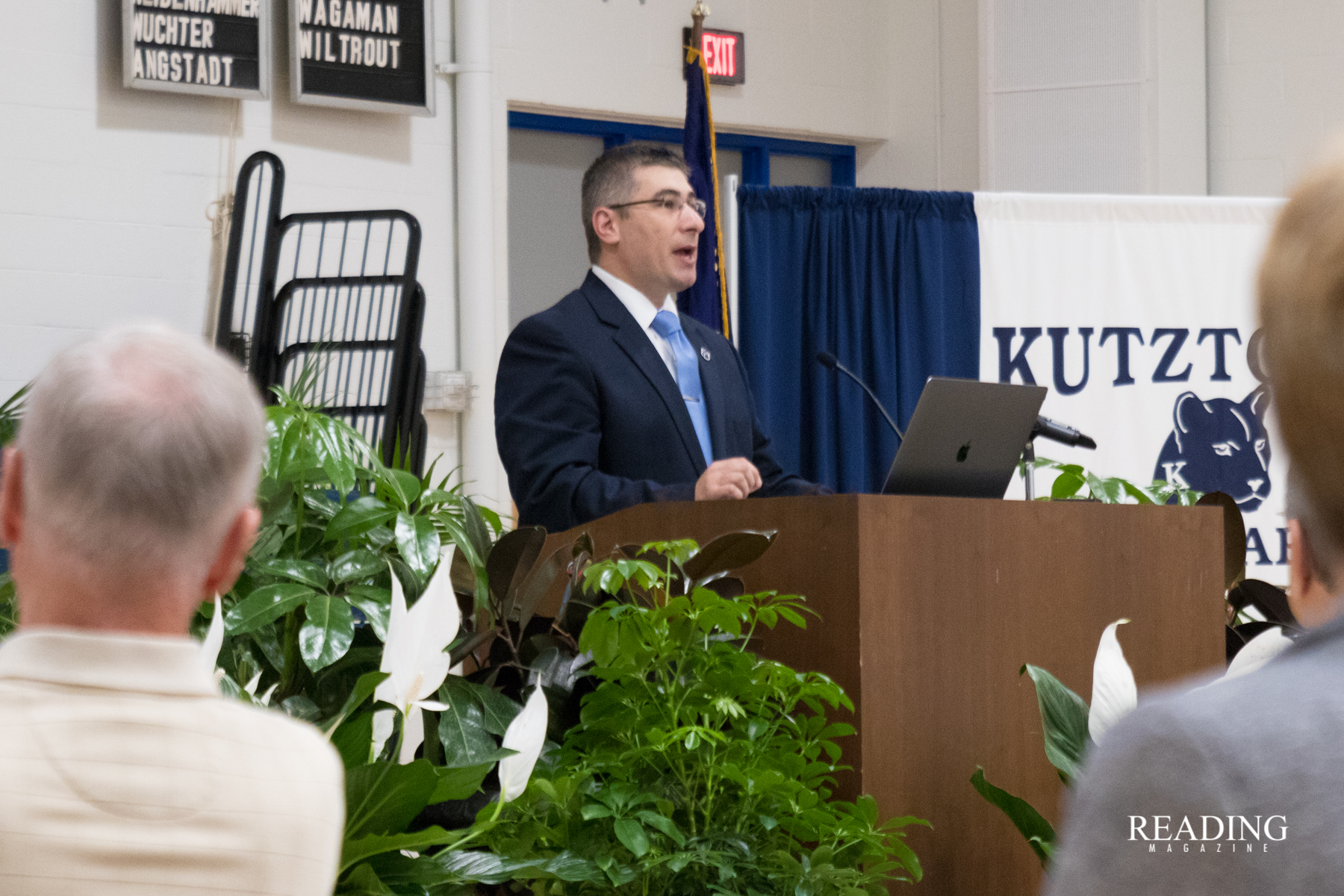 “This renovation is an investment in our student’s futures and in our community” Dr. Fiore, Superintendent of KASD said during his opening remarks.

Also in attendance was Coach Silan’s daughter Lynn Silan. Addressing the audience Lynn spoke about her fathers impact on his former students. “Some players would receive guidance, others learn lessons, and in some cases it was a small gesture, a pair of sneakers or a gym bag to make a man feel like he was apart of the team.”

The open house didn’t end with the ceremony. After the dedication ceremony students hosted guided tours of the high school. To feature the new improvements of the high school several class rooms were open throughout the afternoon with teachers giving demonstrations of their class work.

Reading Magazine
Thanks for supporting an independent, locally owned publication. Be sure to tell your friends about us!
Previous articleEastern Region PSEA honors students with scholarship banquet
Next articleDuryea Downhill riders take a bite out of Mount Penn
- Advertisement -