Kenhorst is home to a new Honeybee Sanctuary thanks to resident and entrepreneur Branden Moyer. Moyer transformed a piece of his property, which was once a junk yard, into the beautiful apiary where he plans to eventually host honey bee educational workshops.

Moyer is no stranger to bees. During the beginning of the pandemic, he took up bee keeping as a hobby, learning everything about honey bees in the process.

Fast forward a year later, Moyer has expanded his bee keeping operation to building honey bee habitats, and selling honey, all across Berks County, most notably at the DoubleTree in downtown Reading. 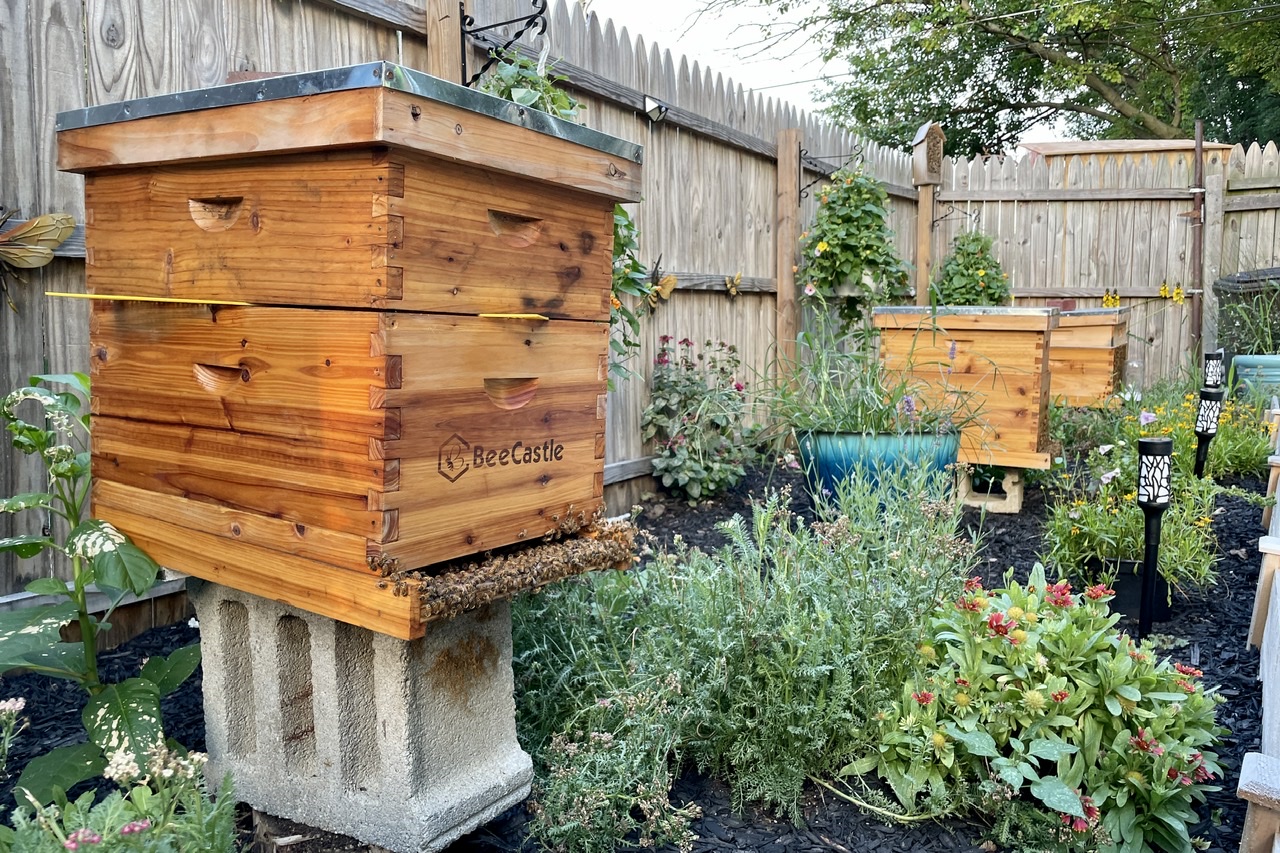 The “Pollinate Penn” initiative is a join effort between Moyer and Centre Park resident, Nigel Walker, to help support the local bee population by educating the community and provide flower planters for business to display on Penn Street.

The project took Moyer a few months to transform his backyard in the 1400 block of Hancock Boulevard into the sanctuary. 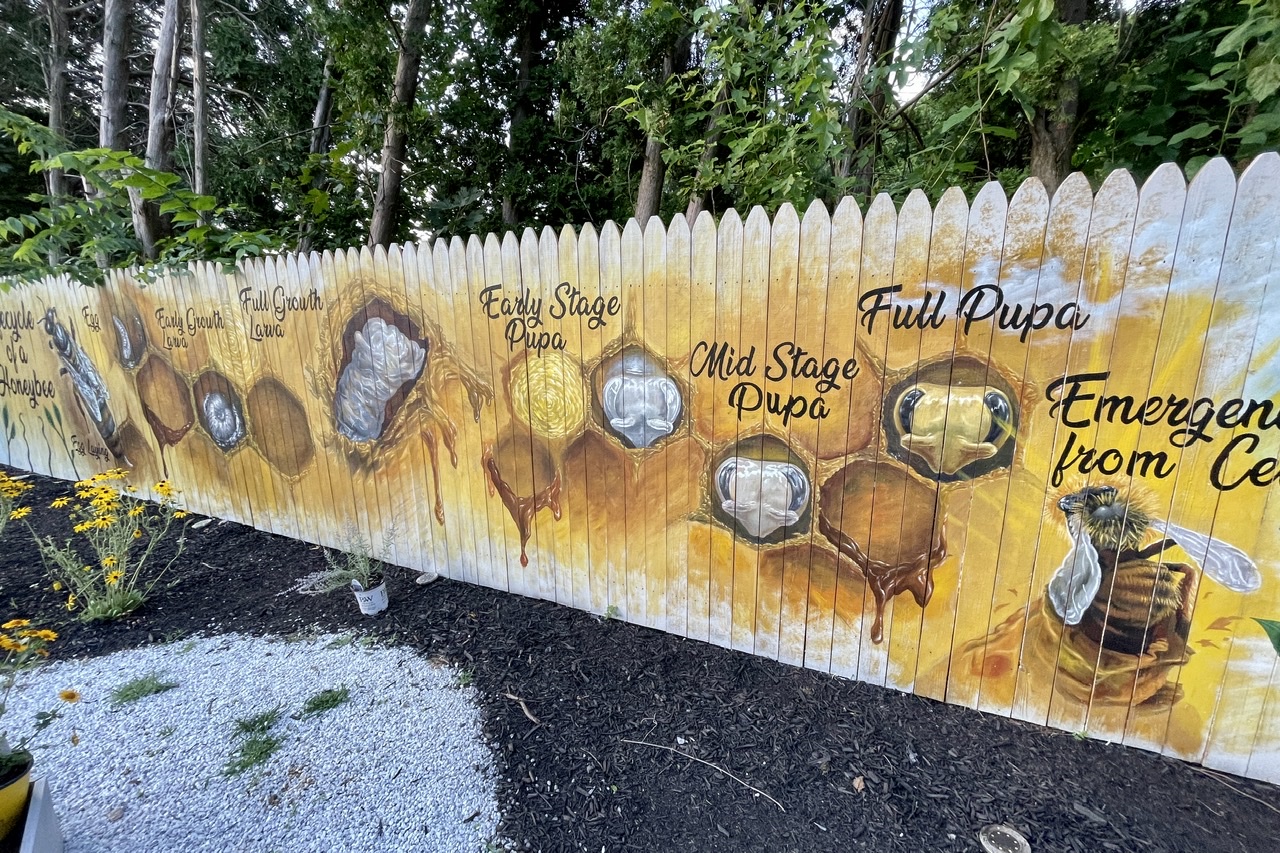 To celebrate the opening of the sanctuary, Moyer held a grand opening event Friday revealing a mural called “Lifecycle of a Honeybee” by local artist Juan Carlos Ruiz Jr. Measuring over 40 foot long, located on the interior of the fence, the mural depicts all the stages of the honey bee.

The sanctuary itself hosts several be hives, a small pond, and several benches to stop and admire the bees.