70 Years of PA Dutch Culture at the Kutztown Folk Festival

The Kutztown Folk Festival opened to the public on Saturday featuring interactive displays, traditional food, and entertainment for the whole family. Celebrating a special 70th anniversary milestone this year, the annual event draws visitors from all over the world.

With over 200 craftsmen and artists through the festival, its may take a bit of walking to see everything the Kutztown Folk Festival has to offer. Visiting the festival on opening day, here are a few of the unique things we found at this year’s Folk Festival:

The children’s petting zoo is an enjoyable experience for both kids and adults. It’s free to pet the animals, $2 to buy a small cone of food. 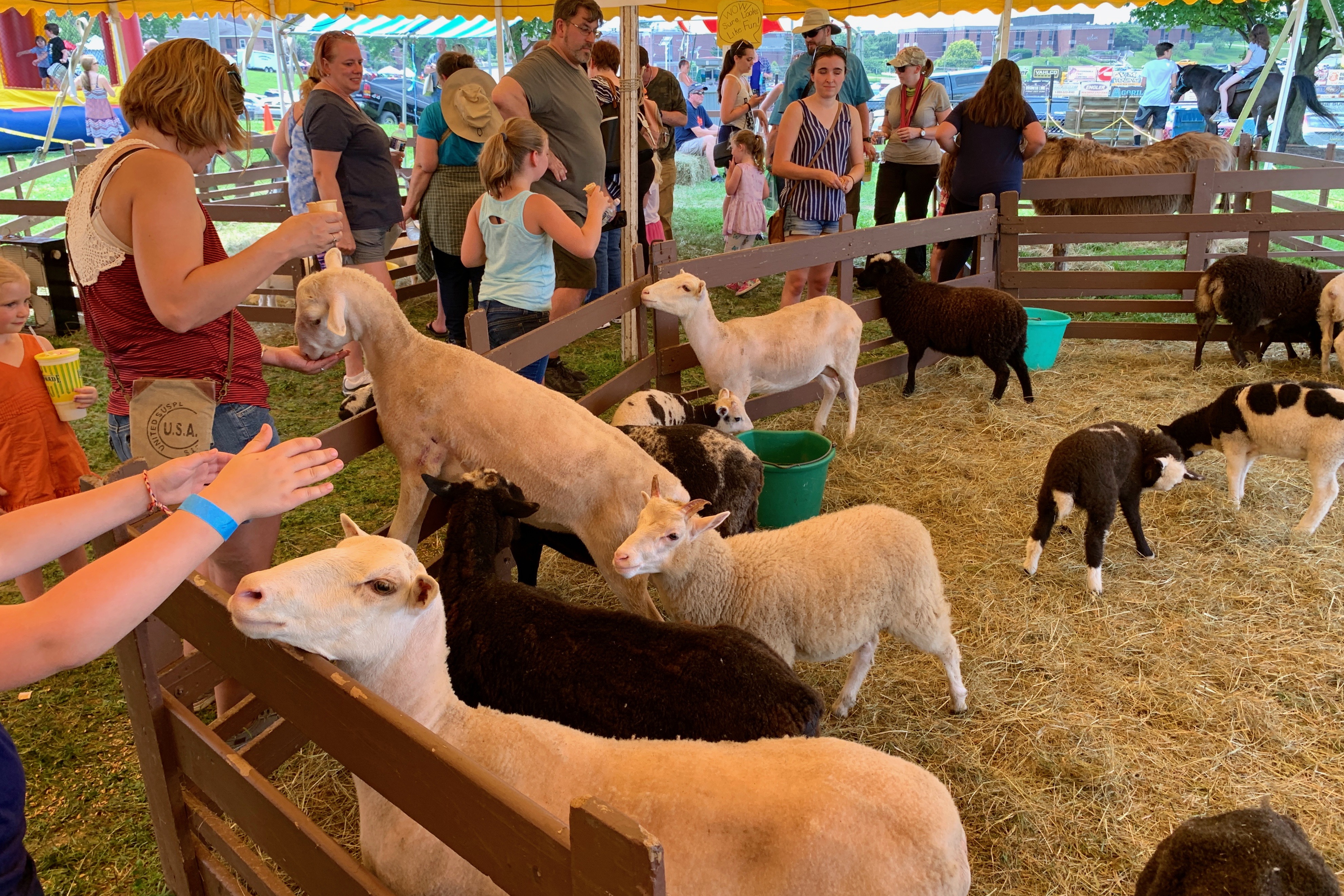 Eat till you ouch! Traditional Pennsylvania Dutch meals are served in two restaurants  featuring a variety of homemade soups and sandwiches, sausage, pot pie, corn fritters, funnel cake, shoo-fly pie, and apple dumplings. Another long-held tradition is the festival’s 19th-century bread oven, one of the oldest in Pennsylvania, where bread is baked daily. 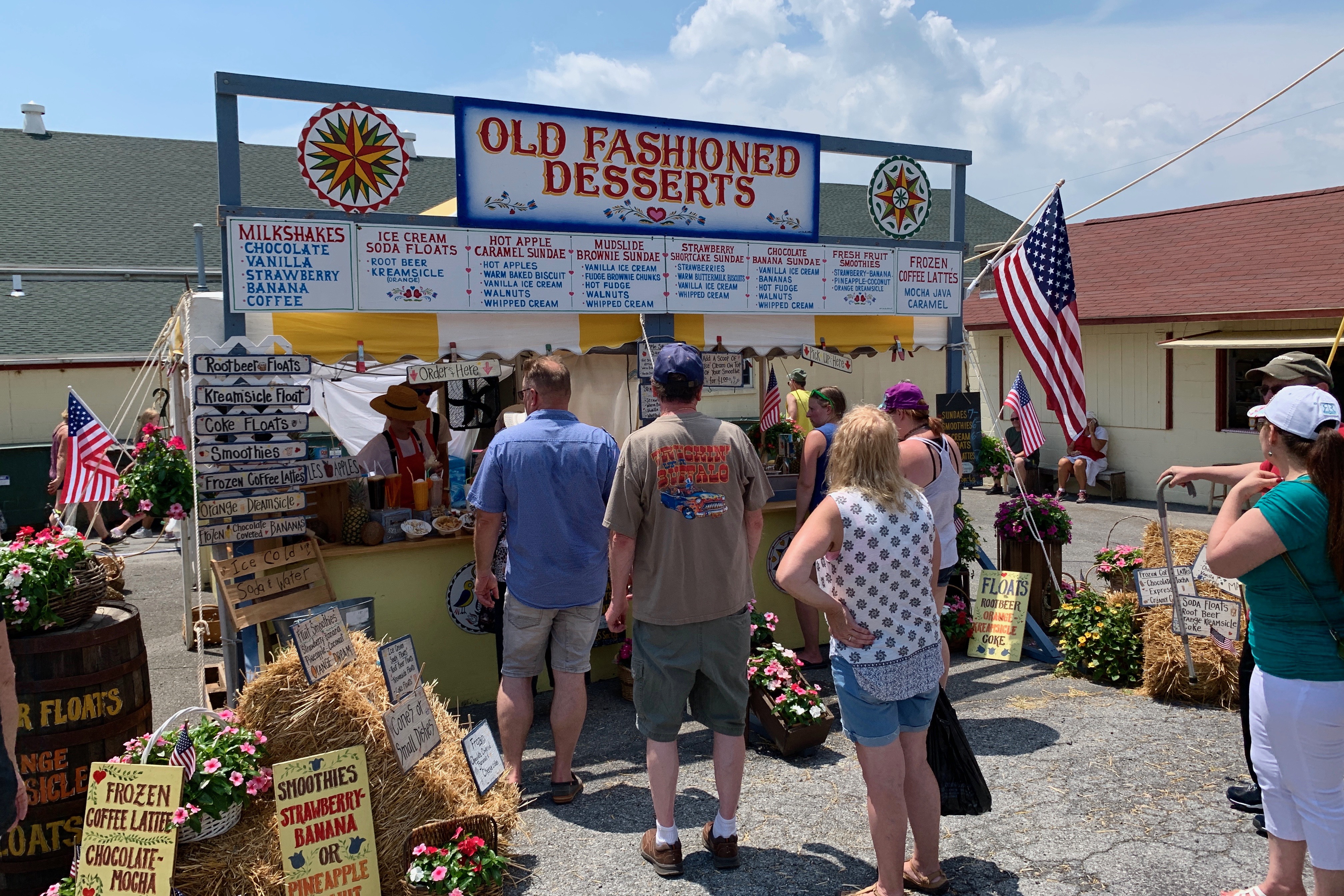 Take a ride on a classic handcar at the Allentown and Auburn Railroad’s demo area. Kids must be 43 inches or over to ride. After your ride, enjoy watching the model railroad display adjacent to the handcar. 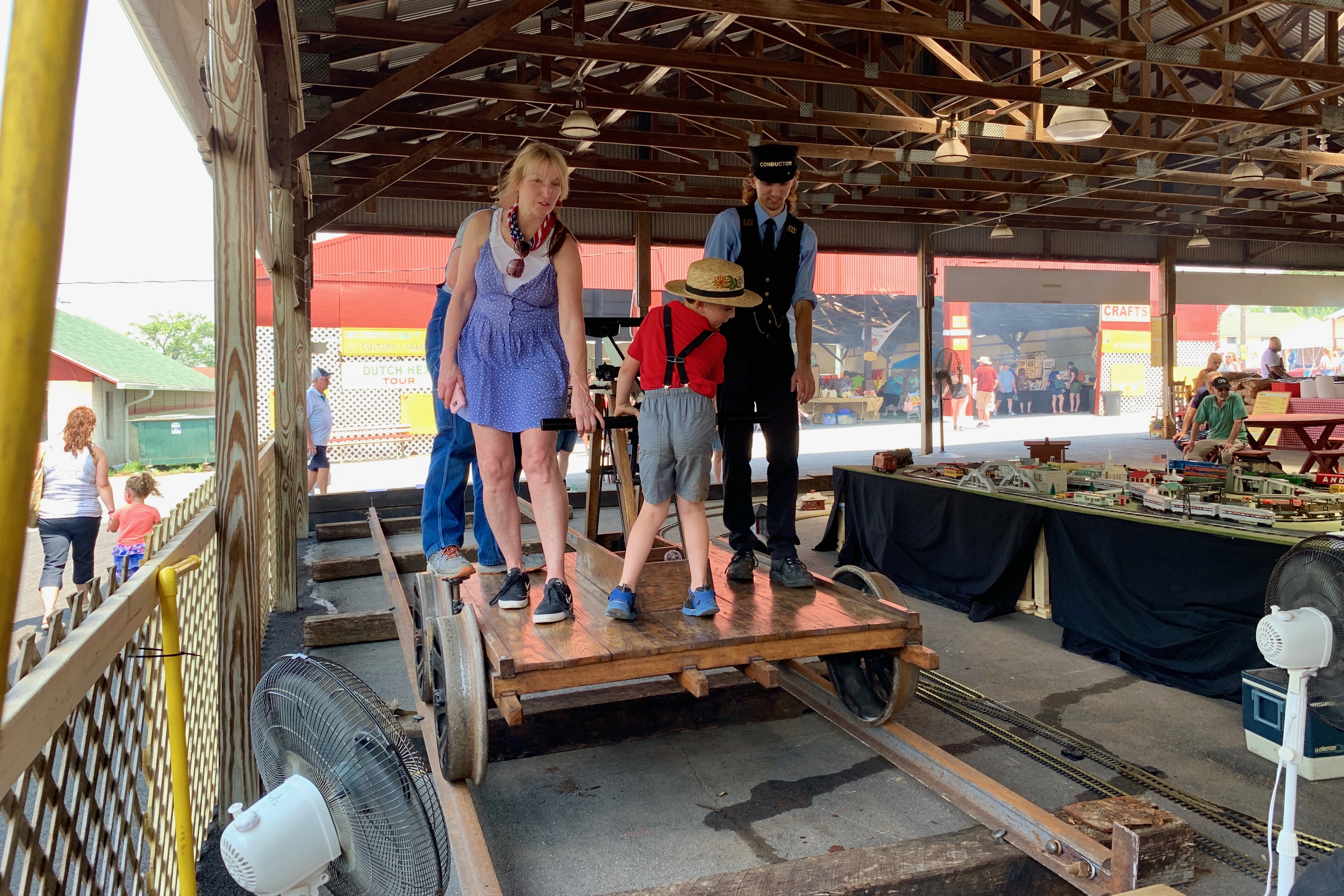 Own a piece of history by bidding on one of these hand painted Barn Stars. Painted during opening day, the Barn Stars will be sold at auction on the second Saturday of the festival. 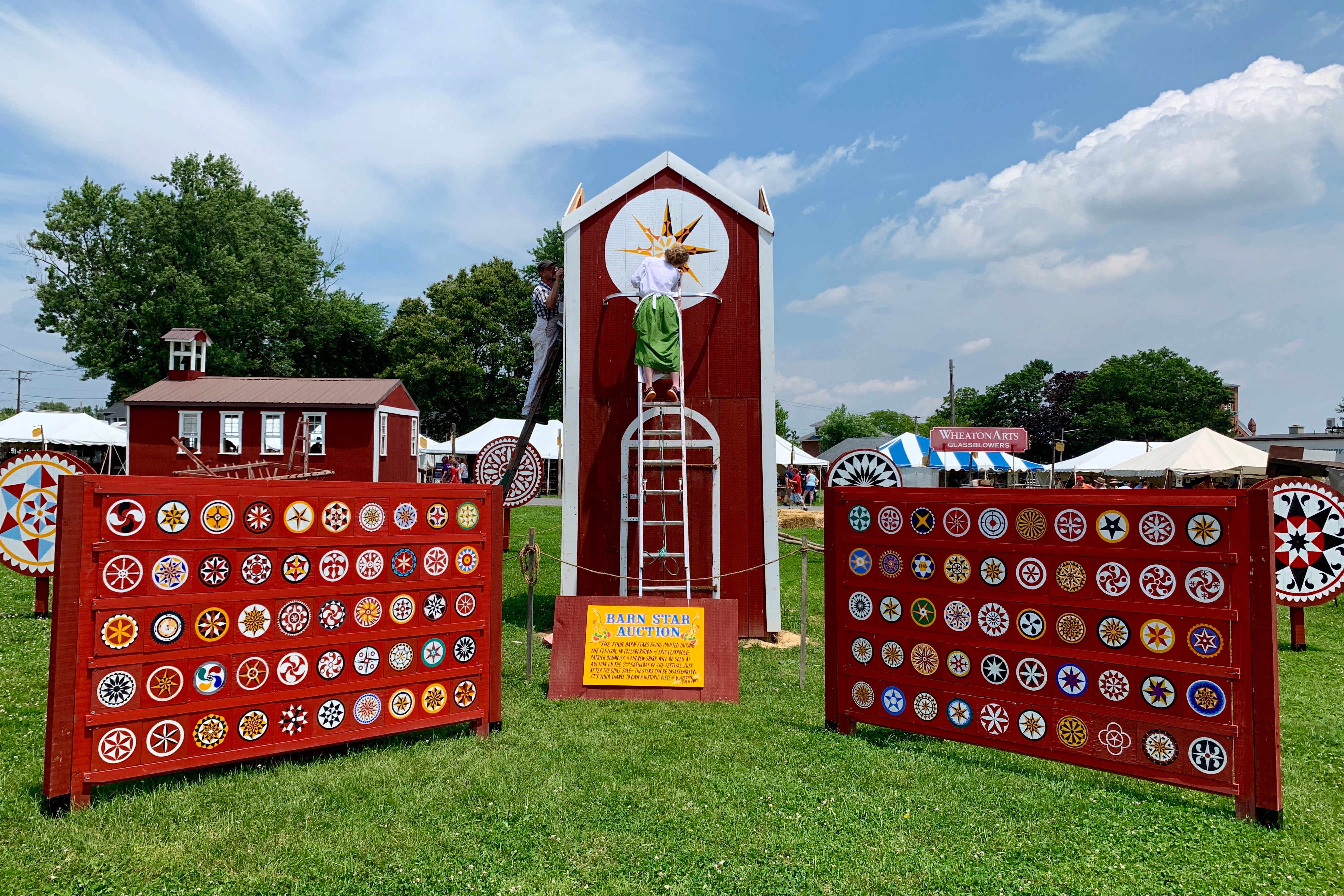 The many children’s events at the Kutztown Folk Festival are fun for all ages! The Children’s Farmyard Theater presents puppet shows, sing-alongs, story time, magic, a ventriloquist, and more. Kids can also enjoy craft and play areas, pony rides, and a 19th-century horse-drawn carousel. 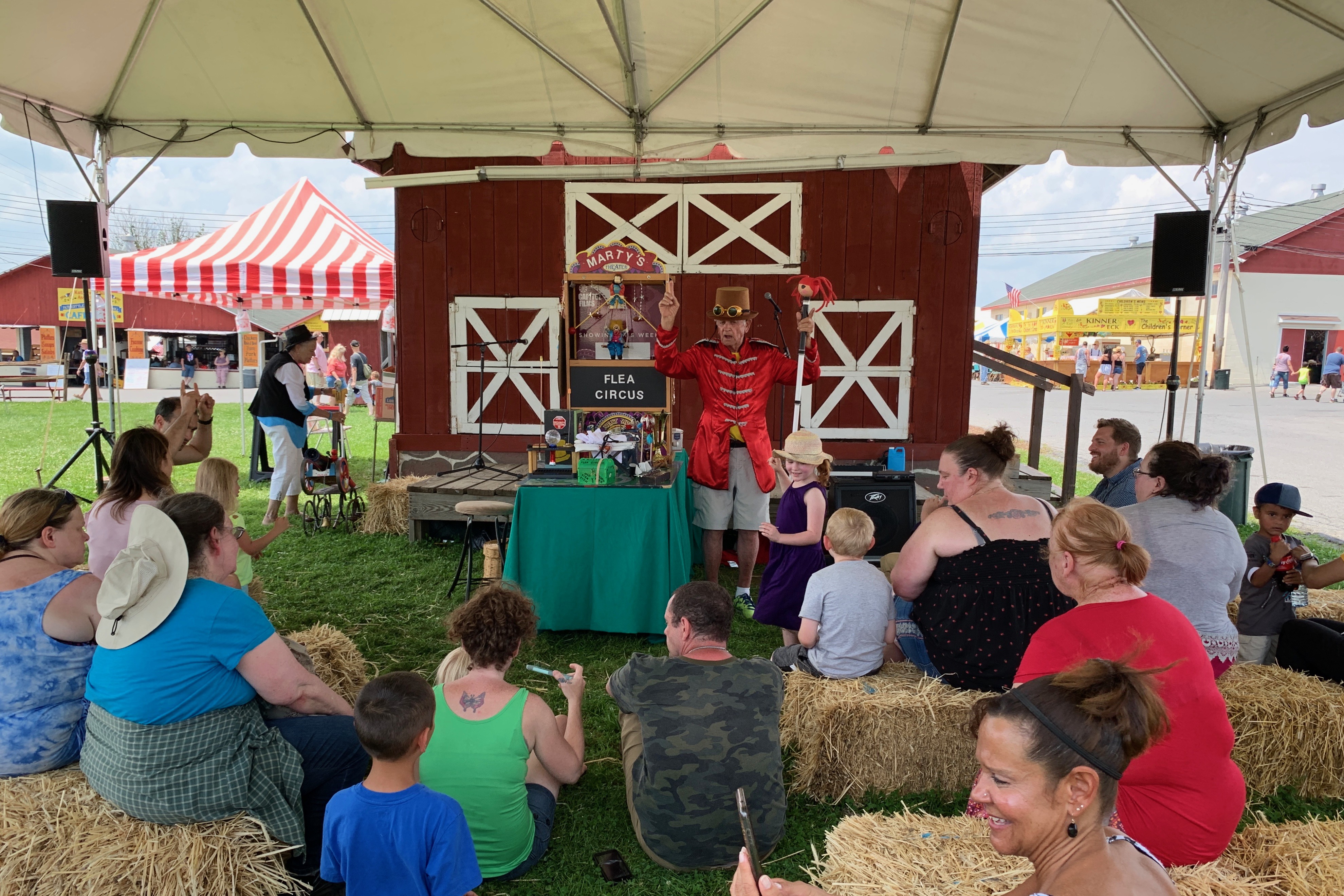 The entertainment at the Folk Festival isn’t just on the stage. Setting up in the middle of the street this 19th century “impromptu” brass band plays for the public. 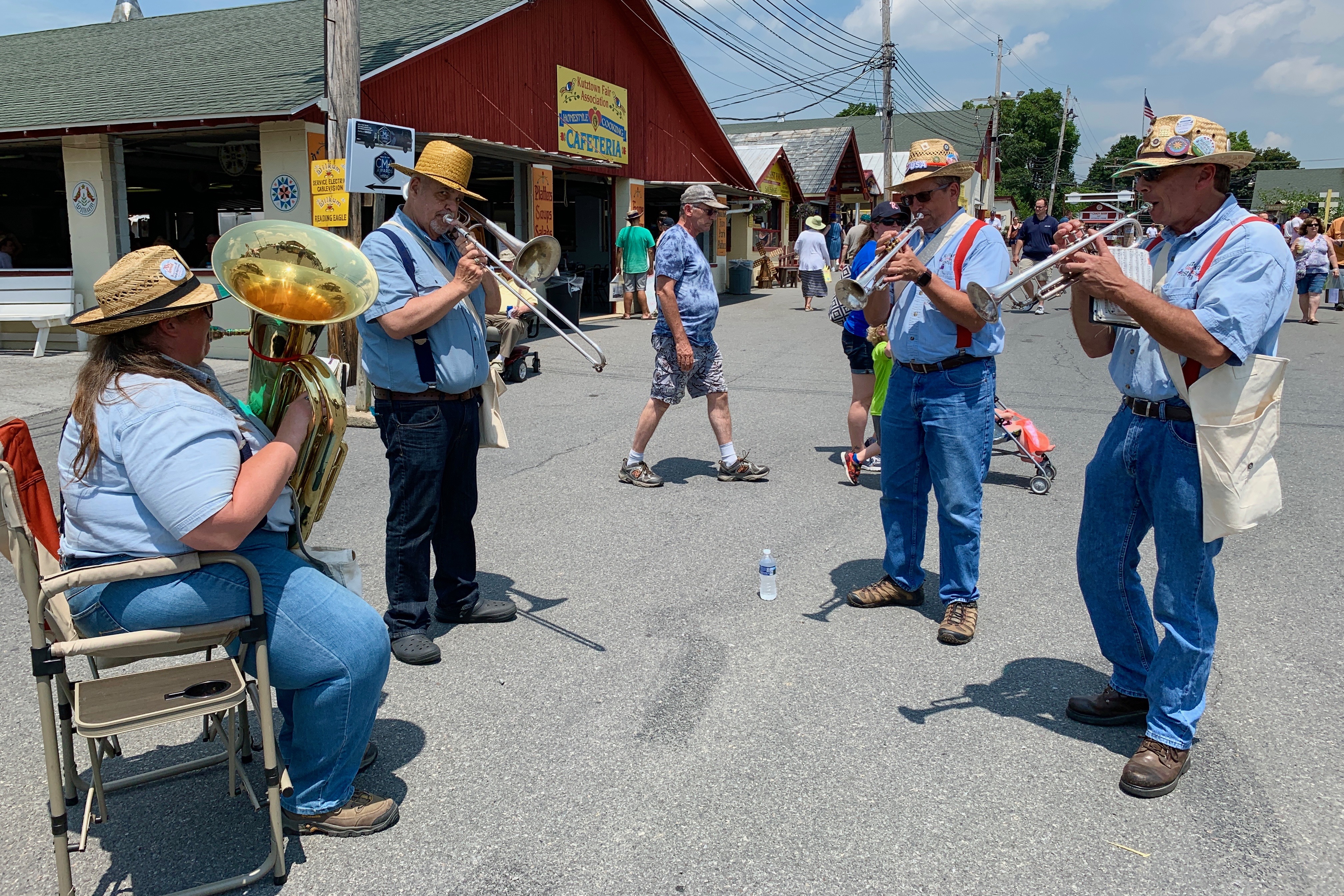 Located at the Kutztown Fairgrounds, the festival is open June 29 to July 7, 2019, weekdays 10am – 6pm, weekends, 10am – 8pm. Daily tickets are $14 for adults and kids 12 and under get in for free. Weekly passes are $24. Before you go, checkout this map of the fairgrounds: kutztownfestival.com/Fairgrounds_Map-2019

Reading Magazine
Thanks for supporting an independent, locally owned publication. Be sure to tell your friends about us!
Previous articleNew Kenhorst Store Features Uniquely Local Home Decor
Next articleWhere to Watch 4th of July Fireworks in Berks County
- Advertisement -