This past week, two dozen local youth gathered at the GoggleWorks Center for the Arts to participate in the RIZE Solidarity Camp, held to engage youth from different backgrounds in collaborative projects and to promote tolerance.

The 5-day series consisted of artist-led workshops where youth experienced multiple forms of creative expression (Dance, TV/Film, Painting, etc) as they told stories and created art about their lives.

The camp ended Friday afternoon with a special private screening of the documentary, Symbol of Solidarity, which explores how a Jenkintown-based artist, Brian “bbsketch” Bowens used his artistic talents to create a symbol of solidarity during the 2020 summer of protests.

Bowens, best known for creating custom cleats for Philadelphia Eagles star, Brandon Graham, and his captivating illustrations of athletes like Kobe Bryant, Michael Jordan and LeBron James, was asked to speak publicly at a vigil. In response, Bowens created a bright, multi-colored fist surrounded by unifying messages he called, Symbol of Solidarity.

“The more that I filmed Brian, and dug into this story, the more I realized that it was representative of the issues at play throughout the country, and I knew that I had to tell this story,” said the film’s director, Esteban Serrano.

Serrano, through his nearly two decade long career in television, is a storyteller. From his early days at MTV in 2004 producing the iconic TRL, to his present days at the same network helping to relaunch Yo! MTV Raps in countries like Asia, the United Kingdom and beyond. It’s the stories that drive him.

Set to premiere on Thursday, August 18, in Jenkintown, Pennsylvania, the documentary also features Reading youth, participating in a RIZE art therapy session at the GoggleWorks, hosted last year by Bowens. 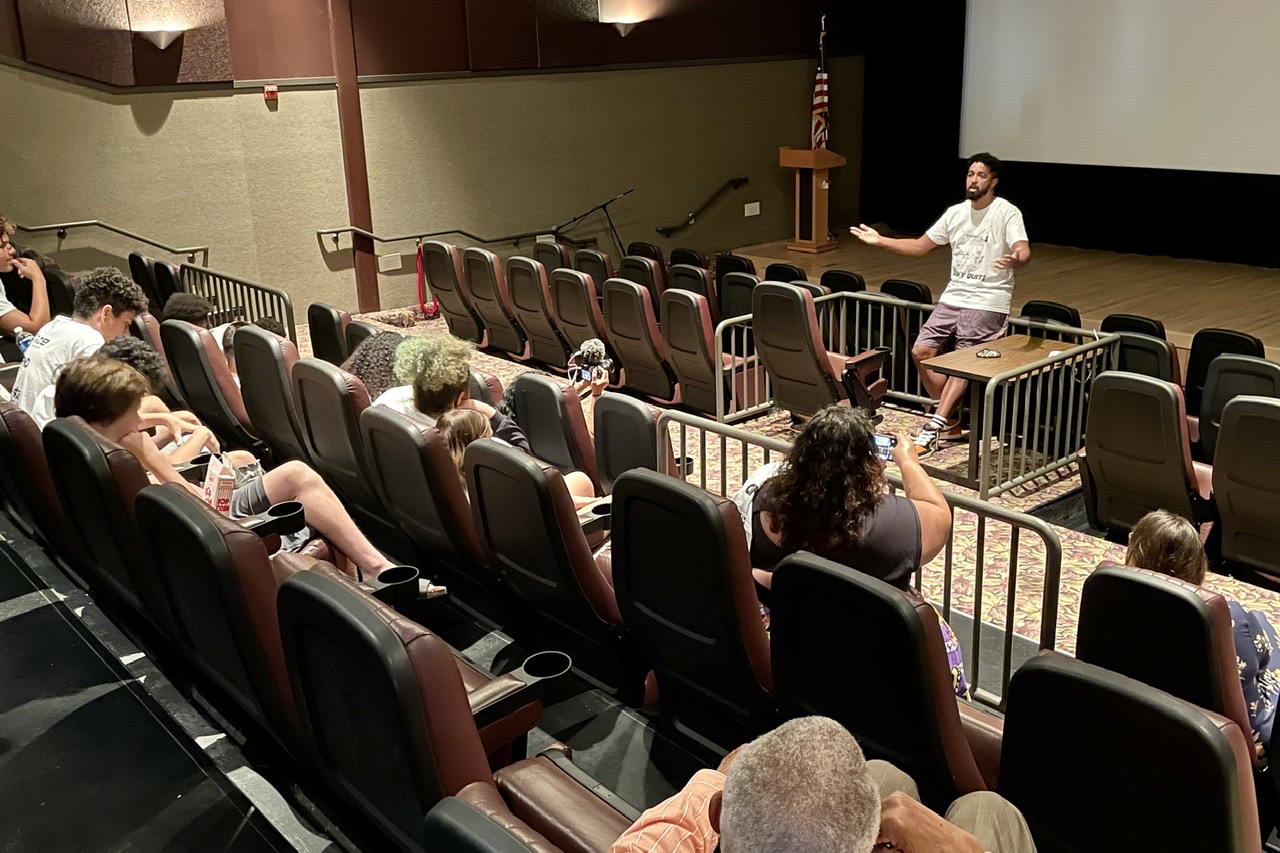 After the screening, Serrano took some time to answer questions from the audience and discuss the filmmaking process.

“I’ve been a contributor to the RIZE program for many years, being able to partner with them on a project has been amazing” said Serrano. “At the end of the day, the message in the film is about the art. The Symbol of Solidarity, the fist with many different colors that represent diversity, is something that I want everyone to understand, no matter how old you are.”