Jesse Blanco has always had a special place in his heart for comedy. Blanco remembers watching comedy on TV as a kid, “It was always an amazing thing watching what they did, and how they got people to laugh”. Growing up he was enamored with the comedy greats, Eddie Murphy, Redd Foxx, Richard Pryor, and so many others.

Blanco wasn’t the class clown. In fact, he identifies himself more as a observationalist. Noticing odd or quirky things, Blanco draws his comedy out of everyday situations. Blanco’s love of comedy really blossomed during his last year at Reading High, when he met a girl who loved to laugh just as much as he did.

Originally from New York City, she takes Blanco up to the big apple on weekends. “Her neighbor was Larry David, every time we would go to New York we would always get comp tickets to these comedy shows. I thought it was the coolest thing” said Blanco.

Although he is no longer with his high school sweetheart, Blanco moves on attending Kuztown University, and starts to become involved in the local comedy scene here in Reading. “I would go to Reading Comedy Outlet shows when they were held at the Sheraton Hotel, I went to every show I could.”

Fast forward to the present day, Blanco has been married for 18 years, and enjoys his life with his wife Deneise, kids, and grandchildren. “I met my wife 18 years ago and we would go to shows together all the time. But it wasn’t until 3 years ago when we were having dinner that she asked me an interesting question. She said Jesse, if money wasn’t an object what would you do for the rest of your life? And I told her, I want to be a stand up comedian. She looked me dead in the eye and said, …but your not even funny.”

Being supportive, Denise approves of his crazy idea and Blanco enrolls in the Philadelphia Comedy Academy. “At my graduation they had everyone perform a ‘tight five’. I told a few jokes and no one laughed… The instructor stopped me and said, your funny lets work with that. After helping me with a few jokes he pushed me back on stage. I Told a few new jokes, and for the first time people were laughing. It was a rush of energy.” 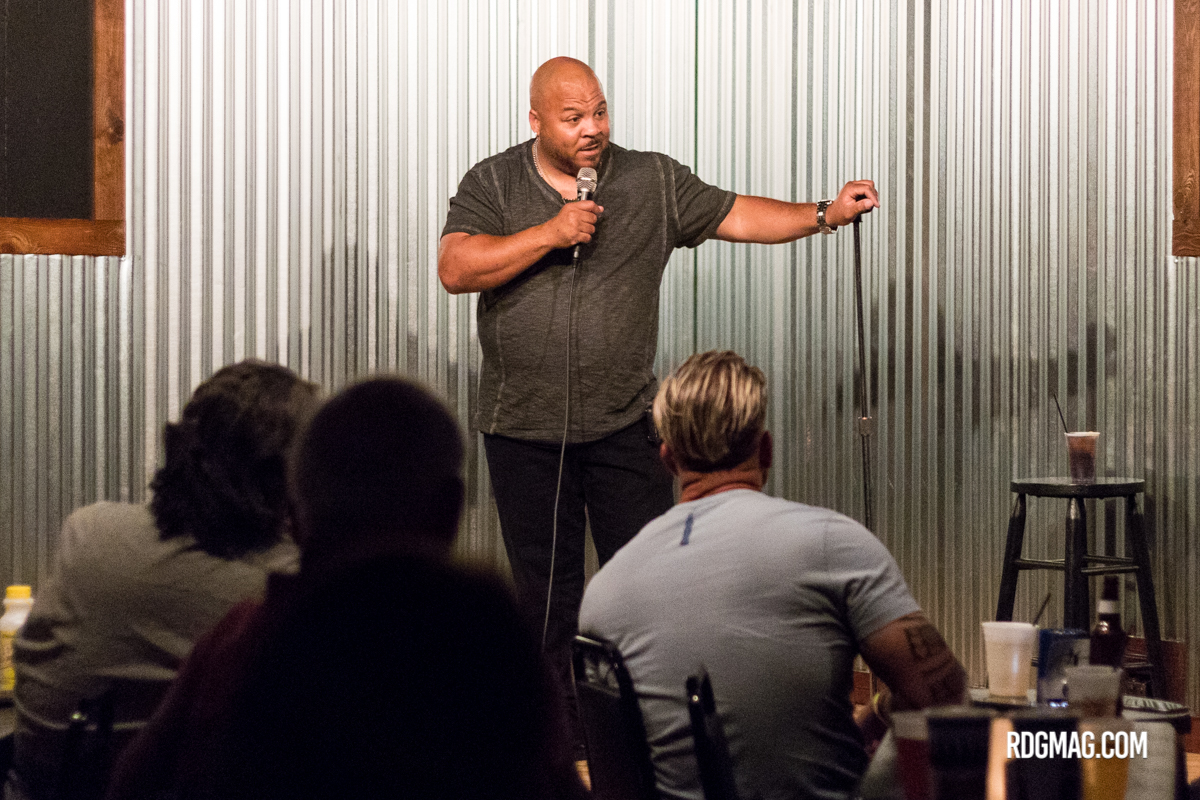 Today, Besides working as a carpenter for the City of Reading. Blanco manages the Reading Comedy Outlet based out of Hiester Lanes with his wife. The opportunity presented itself when the former manager moved to New York to pursue his comedy career. “Before he left he introduced me to Earl David Reed. He’s mentored me and helped me to grow my comedy and the outlet.”

Blanco not only hosts comedy shows out of Hiester Lanes, he also hosts Open Mic nights on Thursdays to help give aspiring comedians the chance to perform in front of a crowd. The laughs, expression, and response from fans has helps Blanco hone his craft. “Here it is three years later. I’ve worked with people like Rob Schneider, comedians who have been on Kevin Hart’s ‘Hart of the City’ episodes, and its been an amazing ride.”

Looking towards the future Blanco wants his comedy to reach more people, make them laugh. Although he books acts at the Comedy Outlet, he wants people to think of himself as a comedian first. “I perform every show, whether it’s 5 people or 5000 the same, you give it your all, put it out there, and see where it goes.”

Ready to laugh! Reading Comedy Outlet hosts their Open Mic Night at Alley Oops every Thursday night. Open to anyone 21+ w/ valid I.D. Sign ups start at 7:45, show starts at 8pm. Come out and show everyone your funny side or come out and support your local comics.

Reading Magazine
Thanks for supporting an independent, locally owned publication. Be sure to tell your friends about us!
Previous articleCharity Softball Tournament Benefits the Muscular Dystrophy Association
Next articleMifflin Summer Zone Aims to Reduce Effects of “Summer Slide”
- Advertisement -