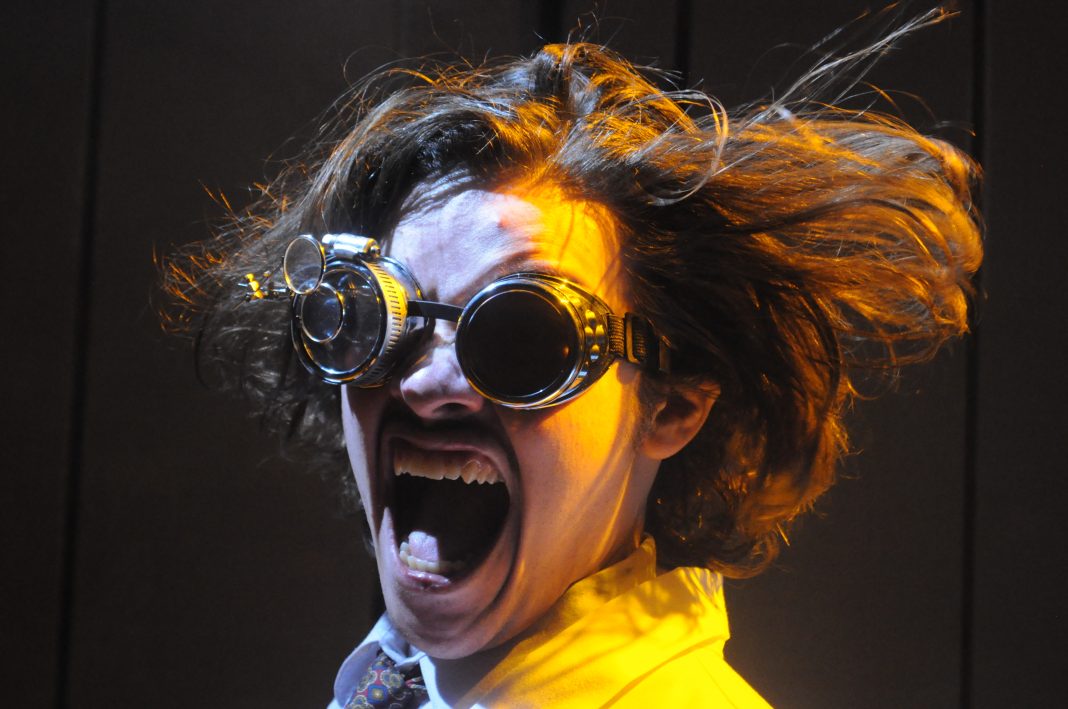 From the comedy genius, Mel Brooks, comes this monstrous new musical, Young Frankenstein, based on Gene Willder’s and Brooks’ hysterical sendup of their classic film of the same name. Genesius will bring this haunting creation to life on Friday the 13th of October for 13 lucky performances!

This wickedly inspired musical re-imaging of the Frankenstein legend follows young Dr. Frankenstein, his odd and endearing helper, Igor, his gorgeous assistant, Inga, and his madcap fiancé, Elizabeth … oh, and a singing-dancing monster in a tuxedo. A zany monster mash-up perfectly filled with high-energy Broadway style tunes. And, be very afraid … there is innuendo and subject matter that is classic Mel Brooks material. (Rated PG-13)

Young Frankenstein (oops sorry… that’s Fronk-en-Steen) the Musical, tells the story of the grandson of the infamous Victor Von Frankenstein, Frederick, who inherits his family’s estate in Transylvania. Frederick, exclaims, “It’s alive!” as he brings to life a creature to rival his grandfather’s monster and finds himself in the mad-scientist shoes of his ancestors. Eventually, of course, the monster escapes and the hilarity is non-stop!

Every bit as relevant to audience members who will remember the original as it will be to newcomers, Young Frankenstein has all the of panache of the screen sensation with a little extra theatrical flair added. With such memorable tunes as “The Transylvania Mania,” “He Vas My Boyfriend” and “Puttin’ on the Ritz,” Young Frankenstein is scientifically proven, monstrously good entertainment.