Pennsylvania Game Commission officers were in Reading Monday morning to catch and release baby Peregrine Falcons in an effort to tag and medicate the birds. The nest, which overlooks 5th and Penn, is just outside the 9th floor of the Callowhill Building.

Wearing a helmet an gloves, wildlife management staff opened the windows of the building to capture the baby birds. Once inside, Game Commission staff worked quickly to preform medical tests and attach tags to the birds.

According to the Game Commission, the Peregrine Falcon is threatened and protected under the Game and Wildlife Code, and was formerly listed as endangered. It was removed from the federal Endangered Species List in August of 1999. 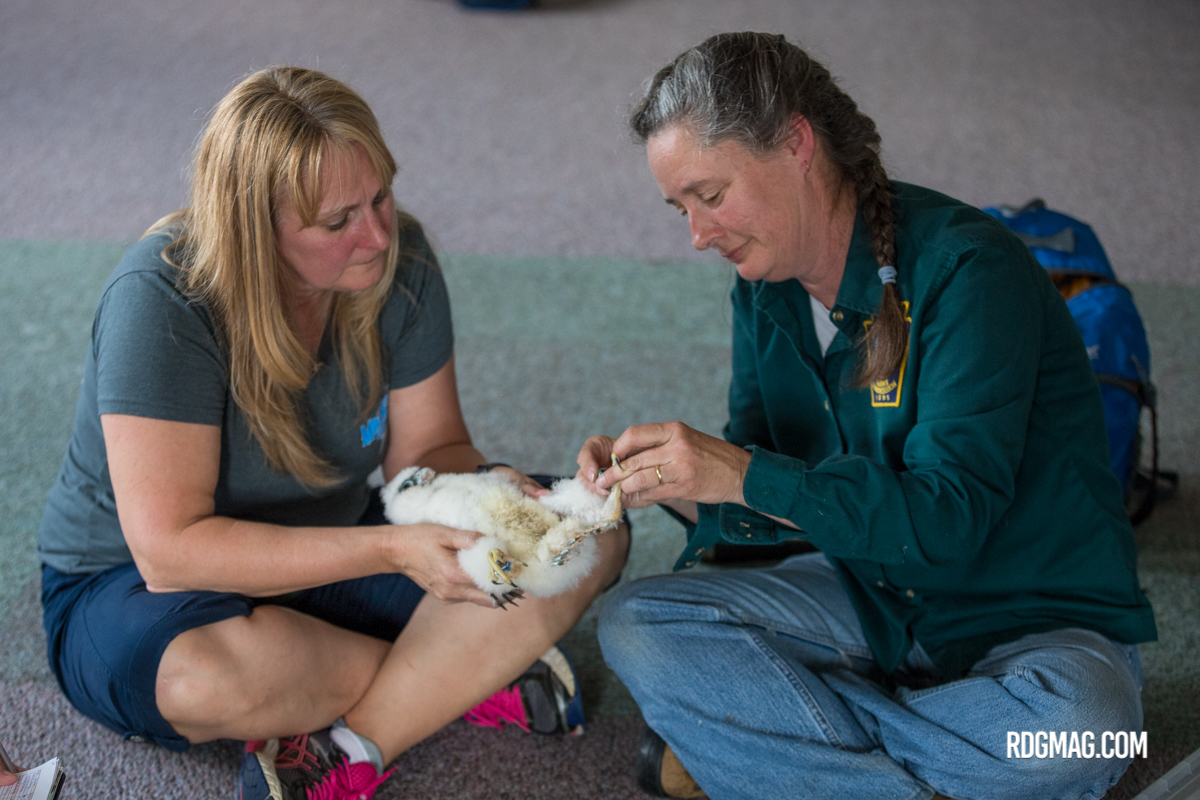 Usually, Peregrine Falcons nest on cliffs, typically overlooking waterways. Overall, 44 nest sites have been found in 21 counties across Pennsylvania. Since the recovery effort to breed Peregrines, the birds have now been spotted on bridges spanning the Delaware and Schuylkill rivers in the Philadelphia area.

Tagging the baby birds is important work for the Game Commission. The tags identify that the birds came from the Reading nest, and show the age of the bird. John Morgan, Wildlife Management Supervisor, tells us the Peregrines have been in Berks for about 15 years, first spotted on the Madison building in Reading.

“First time I came down in March there was one egg, then a couple week later there was 4 eggs” says Morgan. “We wait for when they are about 4-5 weeks old to ban them, that way the bands don’t fall off.” 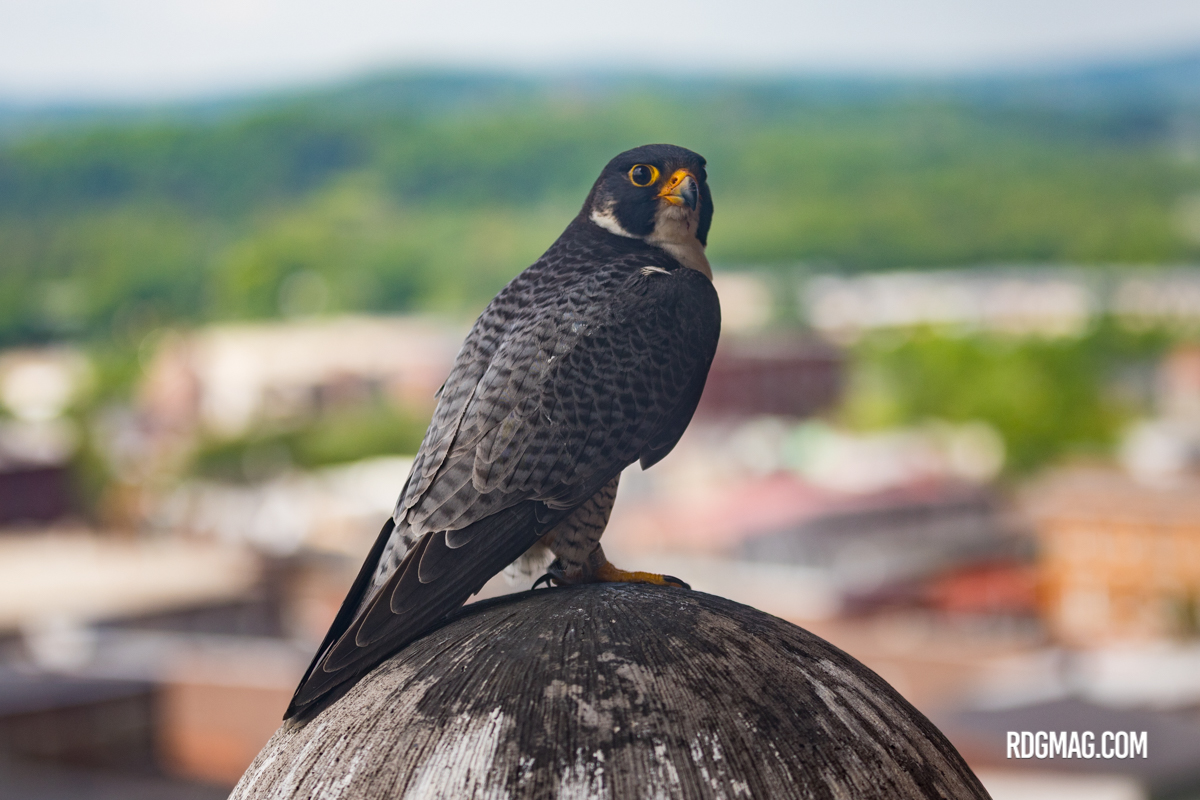 Finishing up the work on the baby falcons, 3 were taken to be treated for parasites. According to Morgan, the Peregrines pick up the parasites by eating infected Pigeons. The last baby Falcon, who was not showing symptoms, was returned to the nest.

Reading Magazine
Thanks for supporting an independent, locally owned publication. Be sure to tell your friends about us!
Previous articleTake a Ride on the Hidden ‘Laurel Run’ Miniature Railroad
Next articleLocal Haunted House Documentary to Premiere in Reading
- Advertisement -