When life threw Exeter Township resident Derek Evans a curve ball 9 years ago with the diagnosis of Postural Orthostatic Tachycardia Syndrome, he knew it would change his life. However, what he didn’t know is that he would eventually become a self published author.

Postural Orthostatic Tachycardia Syndrome, otherwise known as POTS was a condition Evans thought he knew. With any illness he had good days and bad. That all changed when he collapsed during a visit to an auto body shop in Shoemakersville.

Evans woke up from his collapse in an ambulance headed to Reading Hospital. With a few months of recovery in front of him he was forced to resign from his position as assistant branch manager from Hertz Rent a Car. Feeling defeated, he began writing out his thoughts and connecting with people online who have had similar experiences.

Through his journey, Evans found a supportive online community of people all across the world who were more than willing to talk about the disease and how it has effected their daily lives. This gave Evans the confidence begin formulating a book.

After about a year of interviews and in depth research he finally released his book titled “So Close to Death Yet So Far Away: A Story Based on Postural Orthostatic Tachycardia Syndrome”.

Looking to reach the community with his message Evans contacted Barnes & Noble in Wyomissing (where his book is sold locally) about hosting a book signing event. 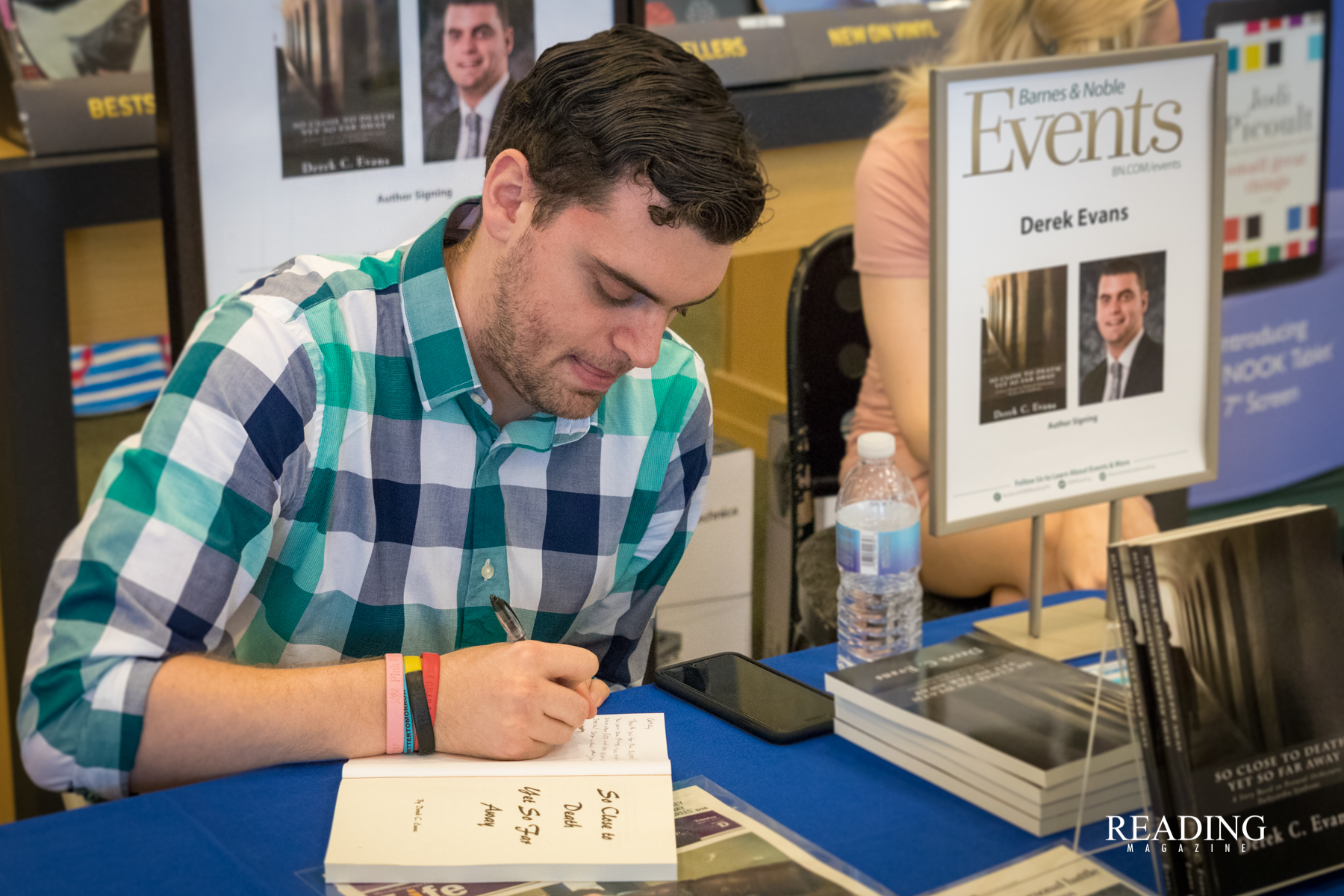 Evans goal for writing the book is all about educating the public on POTS. As an invisible illness with no cure, Evans feels people may pass it off as something that isn’t big deal.

Although he didn’t think he would ever become an author, Evans is enjoying the opportunity to meet new people and producing his annual charity softball tournament in Limerck, which benefits the Standing up to POTS organization.