When author Kay Haring returned home to Berks County for a book signing this past weekend, she was thrilled to see the strong support she received from her hometown community.

Kay, is the sister of world-renowned artist, philanthropist, activist and Berks County native, Keith Haring. Her brother Keith’s art is well-known for pieces that give off a very simple vibe, yet have a much deeper meaning. The backbone and inspiration to Keith’s pieces were love, death, sexuality and war. Though, long before these simple yet sophisticate pieces were ever created, there was a boy who just loved to draw.

In Kay’s new book, “Keith Haring: The Boy Who Just Kept Drawing” readers get an inside look at how Keith’s passion for art and drawing sparked a career that would go on to inspire millions — even 30 plus years after his death. Keith died of AIDS-related complications in 1990 while living in New York City.

The book signing took place over two days at the Reading Public Museum. A line that spanned far past the main entrance of the museum was filled with people of all ages, race and background, and showed just a small glimpse of how many people Keith’s work touched.

“I knew I could count on my hometown community,” Kay Haring said after the signing ended on Saturday afternoon. “I told my editor, we’ll see a lot of people in Berks County.”

And a lot of people she saw. Over 500 books were signed throughout the course of the two-day event, making it the largest turnout of the book signing tour. To honor Keith’s love for giving back, Kay decided to do something that her brother would be especially proud of.

“I wanted to mirror what Keith taught me, and so many people through his generosity and philanthropy,” Haring said. “I early on decided that 25% of my proceeds are going to go to the Youth Advisory Committee of Berks County Community Foundation.”

YAC is made up of approximately 30 high school student volunteers from across Berks County who annually make decisions about $15,000 in grants that fund projects that address the issues facing their peers in Berks County.

“We appreciate Kay’s generosity for putting the proceeds toward our YAC program,” said Kevin K. Murphy, Berks County Community Foundation president. “She is continuing the dedication to children’s welfare that Keith exhibited throughout his life.”

In addition, each elementary school in Berks County will receive a copy of the book for their school’s library.

Another passion of Keith’s during his prolific life was the well-being of children in his community. He created many pieces for children’s hospitals all over the world, one of which is highlighted in the book. However, one of Haring’s most prominent works was one that commemorated the Statue of Liberty for her 100th birthday. Haring called on over 1,000 youngsters from the CityKids Foundation in New York to help him complete the massive 90’ x 30’ painting. The piece was titled “CityKids Speak on Liberty.”

“Keith loved working with kids,” Haring stated. “I know that if he were still alive today, he’d be working on projects where they’d be able to participate hand-in-hand.”

It’s safe to say, Keith would be proud of his younger sister’s persistence, as it took her 10 years and three different drafts to perfect the story she wanted to tell.

“I wanted to make sure that this part of Keith’s legacy remains,” Haring said. “It was important for me to have people remember him for his generosity, and for everything that he did for so many.”

With the help of Kay’s book about her brother, Keith Haring’s generosity and drive will go on to touch a brand-new generation of young people — something else Keith would proud of.

“It’s great to see and hear from people who have read it, and actually like the story,” she giggled. “The best part about this experience has to be when children come up to me, and say, ‘I want to be like Keith!’”

“You never know how people are going to react to it,” Kay continued. “And, when they do, and it’s so positive, that’s like the best thing in the world.”

The hardcover book was illustrated by Robert Neubecker, and includes many original pieces of Keith Haring’s artwork that spans across his lifetime. The 500-word story was published by Penguin Random House, and is perfect for readers aged 5-8, or anybody who may be interested in Keith’s inspiring journey. The book also includes a short biography of Keith, multiple family pictures of the Haring family, information about YAC and the Berks County Community Foundation and information on the Keith Haring Foundation.

Kay Haring’s book, “Keith Haring: The Boy Who Just Kept Drawing” is on sale now at kayharing.com and Amazon Prime. 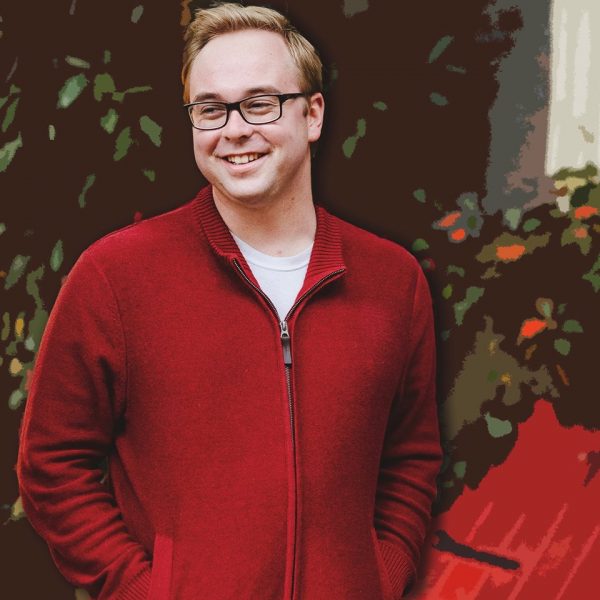 Justin Choate
I’m Justin Choate. I'm just your average guy who grew up in Aston, Pa., now living in the outskirts of Reading with my wife, son, and cat. I moved to Berks County in the Summer of 2010 when I began my freshman year at Albright College, and I haven’t left since. I also currently serve as the Public Address Announcer for the Lehigh Valley IronPigs, formerly working for the R-Phils. I collect hats and socks, and I love to eat and travel.
Previous articleCreative Rock Art Spreads Around Berks County
Next articleFamilies discuss real life experiences with Opioid Addiction
- Advertisement -