Back by popular demand, and now in it’s 5th Big Year, the festive interactive holiday sensation, A Christmas Carol, with a Pennsylvania Dutch Twist, strolls joyously into West Reading, once again, sponsored by the L.O.V.E. Team of West Reading, Solve IT Solutions and Curious on the Avenue.

This delightful event begins and ends at Curious on the Avenue, at 605 Penn Avenue, in their idyllic courtyard. When guests arrive they will be treated to a wine tasting, provided by the award winning Starving Artist Winery, and there is also complimentary cheese and crackers, and apple cider for those underage or non-drinkers.

The magical storytelling begins at Curious as the audience meets old Scrooge who is about to go on his rounds. The audience is transported back in time to the streets of Olde West Reading Towne. Scrooge, himself plays the surly emcee of this delightfully fun and wonderfully homespun treatment of the Charles Dickens’ classic. Children and adults love it, giggling between the comedy and the dramatic twists, as they also get a mini-tour of historic West Reading.

Ebenezer Scrooge spins the time-honored tale, as the audience walks along with Scrooge, making several stops at various West Reading businesses to meet other characters and further the story line. At each participating business, guests will be offered complimentary snacks or non-alcoholic refreshments, as well. As old Scrooge begins to find some faith and trust in his fellow man and is reminded what a blessing each day of life is, this unique retelling of the Dickens’ classic wends its way back to CURIOUS, as the audience and the cast sing Christmas carols! 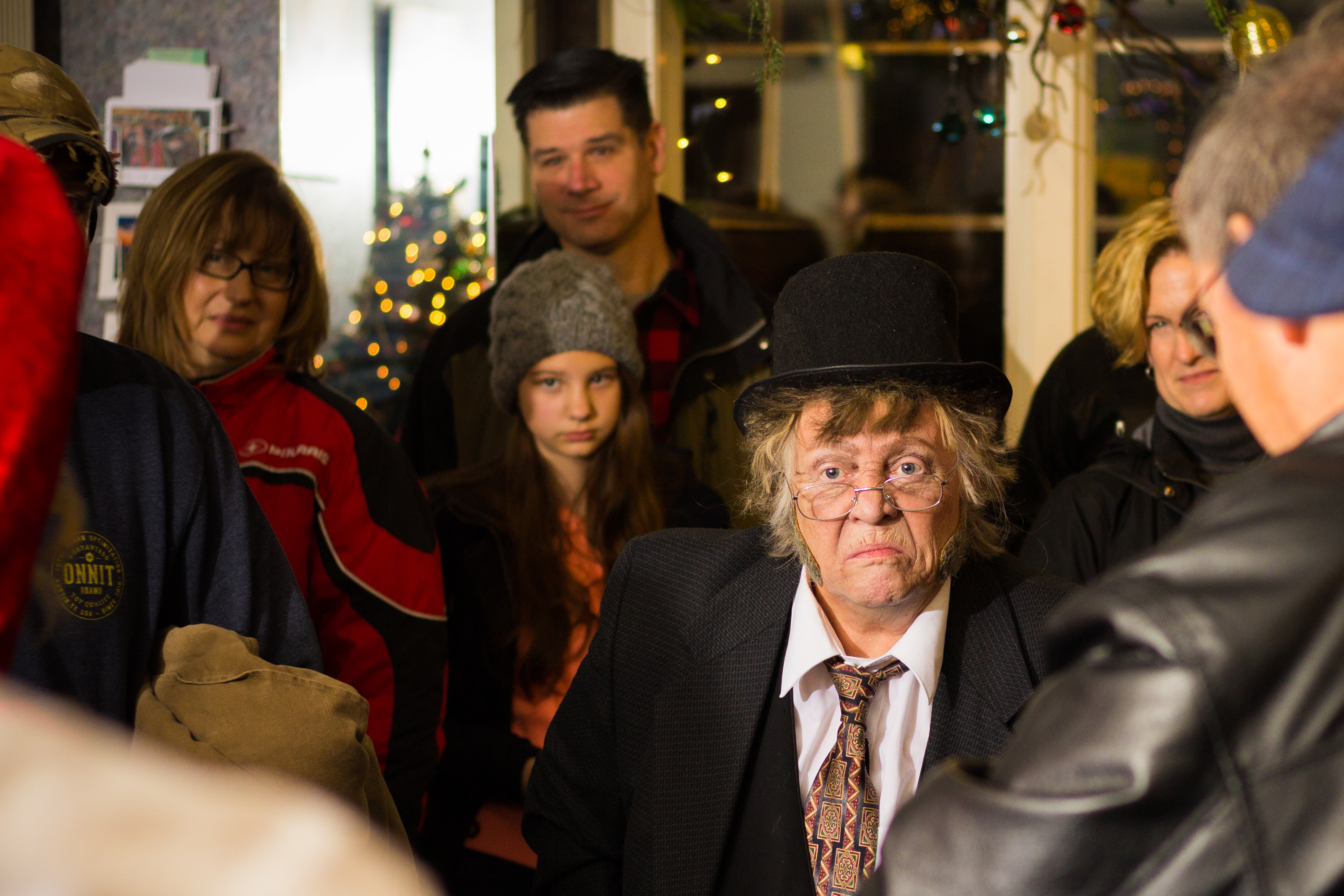 A Christmas Carol on the Avenue is the brainchild of producer L J Fecho, owner and founder of Fecho Productions and Artistic Director of Genesius Theatre. Fecho adapted the script from the book by Charles Dickens. The interactive show has a cast of 7 actors, who play multiple roles and even audience members are called upon to portray various characters. This year’s production features, once again, Vicki Nunis and Christine Cieplinski, two women, who alternate playing the infamous Ebenezer Scrooge.

In addition, Fecho, also co-wrote, along with writing partner Michael O’Flaherty, the musical A Connecticut Christmas Carol, being presented this December at the famous Goodspeed Opera House in Connecticut, directed by Hunter Foster, and starring Robert Cuccioli as Scrooge. (Note: Mr. Cuccioli is well known for his critically acclaimed portrayal of the title role in the original Broadway production of Jekyll & Hyde.)

Reading Magazine
Thanks for supporting an independent, locally owned publication. Be sure to tell your friends about us!
Previous articleGenesius Presents Holiday Production of Disney’s Beauty and the Beast
Next articleHolidays on Pomander Lights Up Exeter Township Neighborhood
- Advertisement -